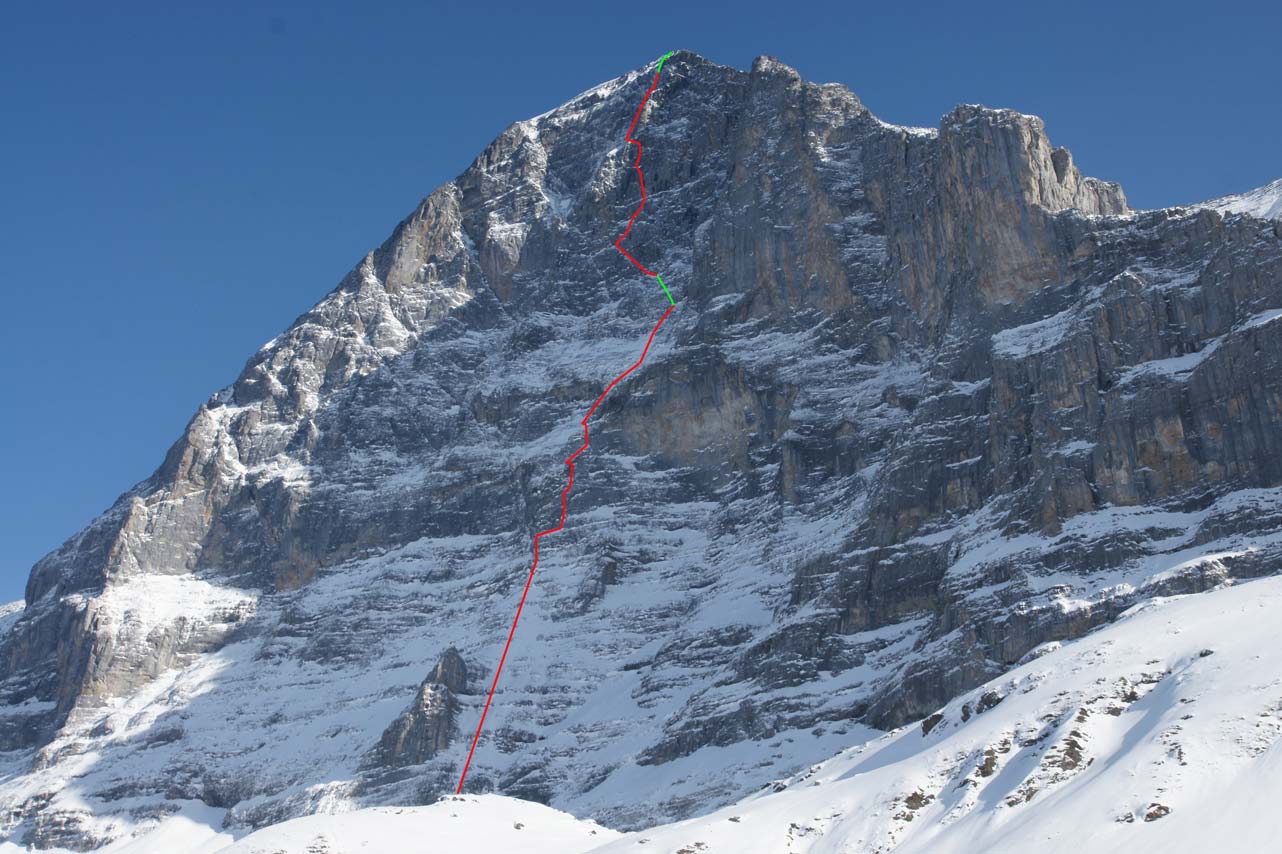 Have you heard that there is a documentary film being shot about Jeff Lowe’s 1991 first ascent of Metanoia on the North Face of the Eiger?  This should be a really good  film. We owe a lot to Jeff for the development of our sport as he is pretty much credited with bringing modern ice climbing to the United States as well as inventing mixed climbing.

Jeff Lowe’s Metanoia uses the Eiger as a backdrop for Jeff Lowe’s life story.  For nine harrowing days in the winter of 1991, Jeff pieced together a nearly impossible route up the very center of the Eiger Nordwand.  This is the story behind a climb – an act of imagination – that has become legendary.

Nineteen years have passed.  Jeff’s extraordinary first ascent – Metanoia (a Greek word meaning a fundamental change of thinking: a transformative change of heart) has never been repeated.  Ueli Steck wants to attempt the route that Men’s Journal called “unimaginable”.  The film will weave Ueli’s cutting edge attempt into the fabric of Jeff’s life tapestry.  American and international audiences are about to discover one man’s extraordinary grand circle that is completed in the shadows of the Wasatch Mountains of Utah.  You can learn more about the movie and its making at

I can’t wait until this film is released!  Be sure to view the trailer as you will recognize many Ice Fest friends!