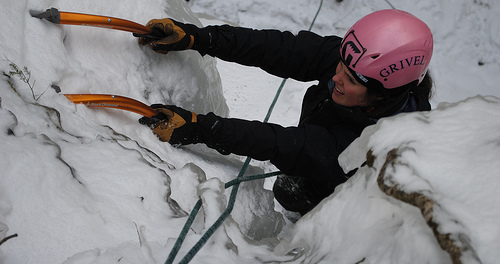 After pigging out for Christmas it was time to hit the ice and burn off a few calories!  Warm temperatures have hit the Upper Peninsula and it is suppose to stay in the 30’s through mid week.  Our first stop was the Dryer Hose which was formed but was running like a shower.  We decided to bail and take a look around the corner at the Amphitheater.   Surprisingly it was formed!  This formation sometimes doesn’t form at all let alone is climbable in December.  Looks like the warm temperatures have effected the waterfalls but have actually helped the seeps grow.  Might be another week or two before we will be able to climb true waterfalls. 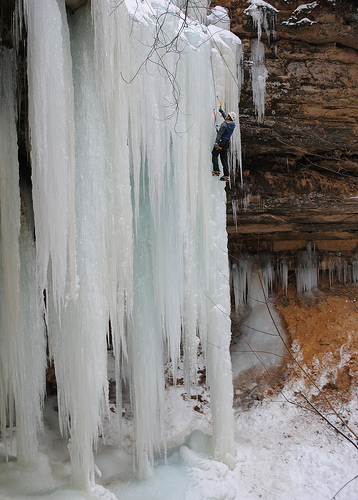