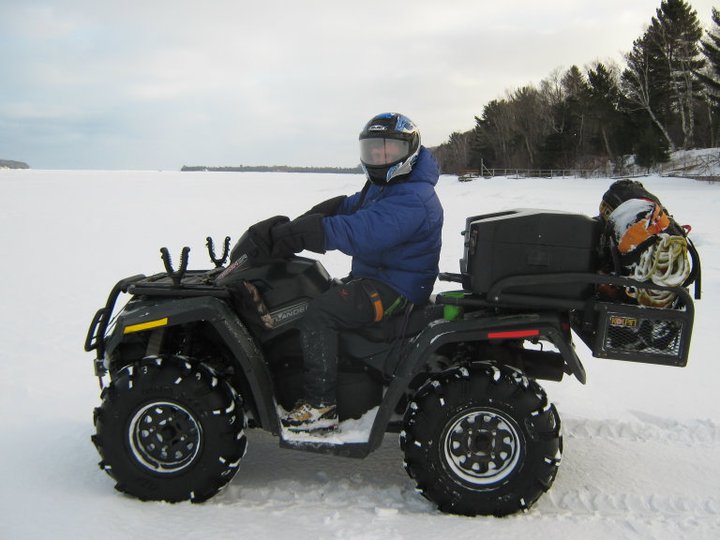 If your going to go to Grand Island you might as well do it in style!  Sunday we got a hook up with an ATV and a snow machine to try and explore some of the climbs located along the west side of Grand Island.  The early morning start was a bit chili racing across Munising Bay but the clear sky promised to bring afternoon sunshine.  We had to approach the climbs via the island trails as the lake ice had too many pressure ridges to travel over with our machines.  This made route selection a little tricky but the great thing about the west side is that you can rap down just about anywhere and then choose the route of your liking! 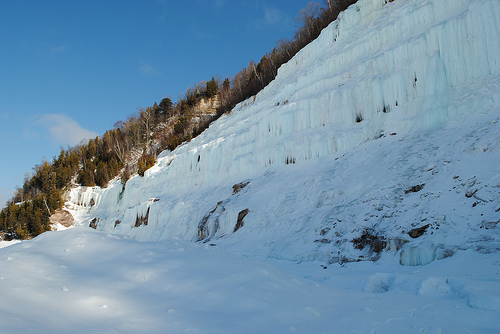 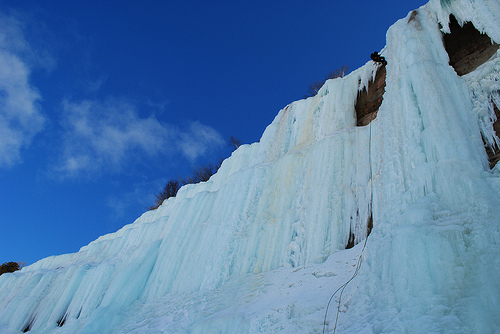 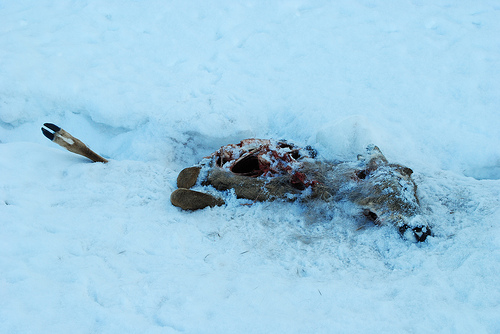 After getting down to the lake ice we discovered an unlucky deer who either got a little too close to the edge or was chased over by the coyotes.  As the sun started to peak over the ridge we chose a beautiful line and started to rack up. With the words “No I don’t need all those screws” I headed up the climb. 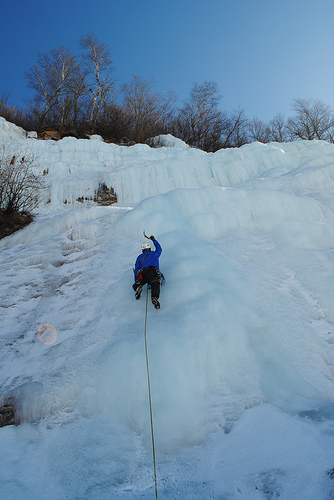 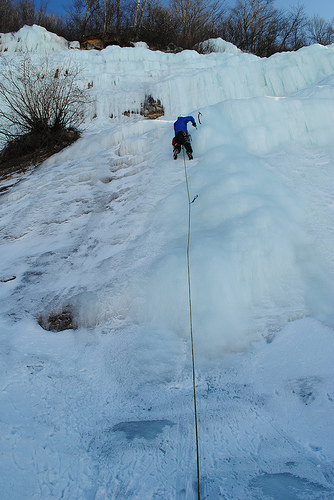 Half way up the climb I started to regret leaving the other screws at the bottom…….and then when Linda yelled out that we only had 20 feet of rope left I really started to regret it!  The west side climbs are all of  200 feet long and with no screws left and the descent anchors are even further back, so it looks like I’ll be calling my friends at Sterling  for a new 70 meter rope! 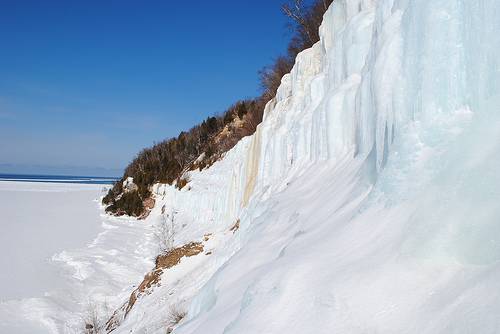 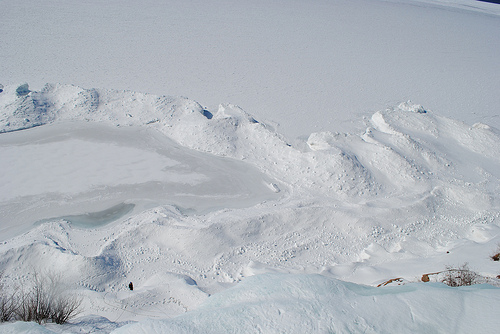 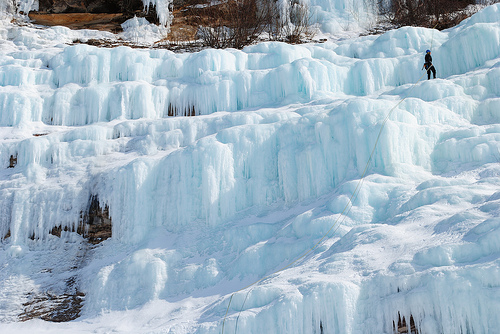 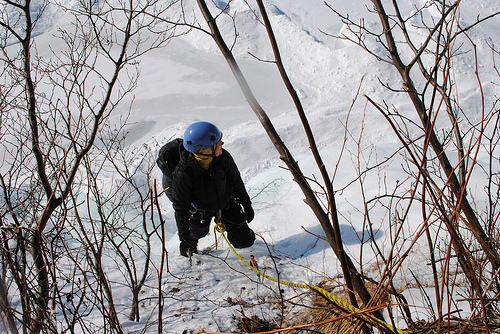 March is my favorite time for ice climbing with warm temperatures and super soft ice!  If you have an inkling to get in some late season climbing make sure you head on up.  As you can see you’ll have Grand Island to yourself! 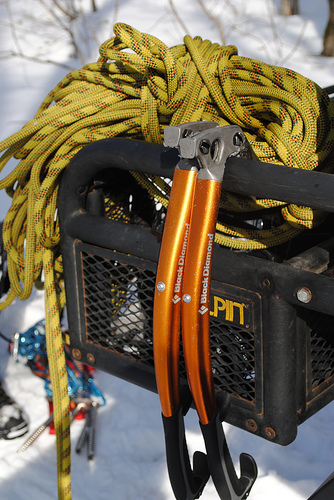