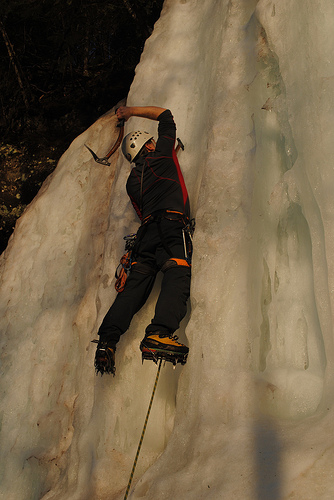 I sincerely apologize to all of my climbing friends who live south of here as the following photos might make them a bit jealous!  Tuesday the temperatures in Munising were 65 degrees- perfect for ice climbing in short sleeves!  After months of freezing belays, numb hands, and feet frozen like concrete blocks, it was nice to climb in wonderful brilliant sunshine in short sleeves. 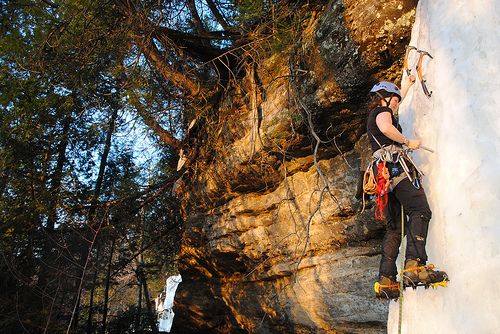 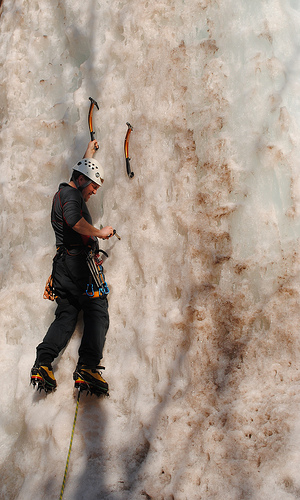 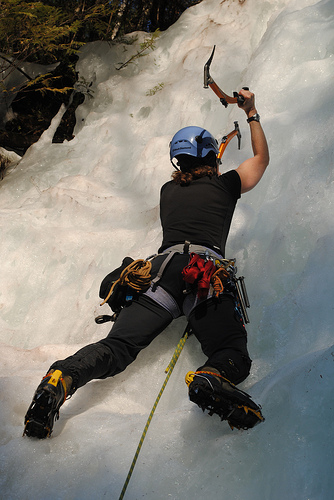 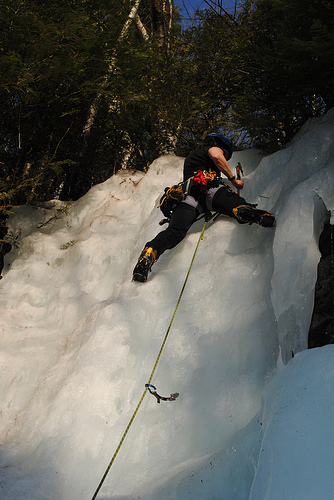 Most of the ice has taken a serious hit with the warm temperatures but hidden in the shade of the sandstone bowls there is some really solid fun ice to climb.   Opening Curtain and climbs both to the right and left along the ridge are fairly protected and are still super solid. 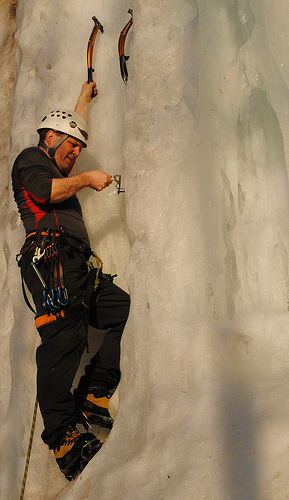 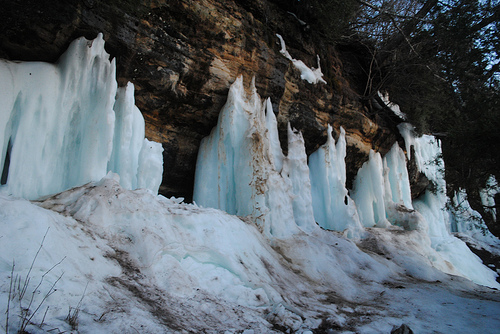 Here is a final shot of the Curtains which in three days were devastated by the recent warm temperatures and rain.  Ice addicts can take solace, this weekend we are expecting below freezing temperatures and snow……..maybe one last shot at some ice climbing as well!