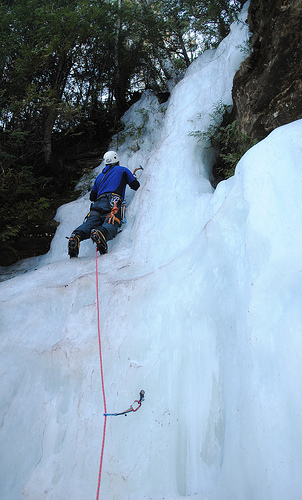 Who ever said the midwest has a short ice season is WRONG!  This Sunday with the temperatures locked in at 56 degrees, Michigan Ice Fest instructor Bryan DeAugstine and I traveled over to Munising to get in some late season climbing.  Sunday also happen to mark the 6 months that we have been climbing ice this year- defiantly something to celebrate! 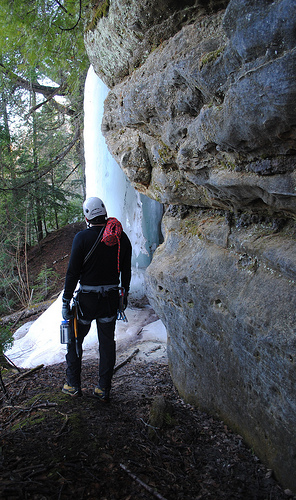 The funny thing is that there is still plenty of ice to climb and will be for at least another week or two!  Now I’m not going to lie to anyone….most of the climbs are short seeps that are tucked back into the shady areas of the park- but none the less it’s still ice! 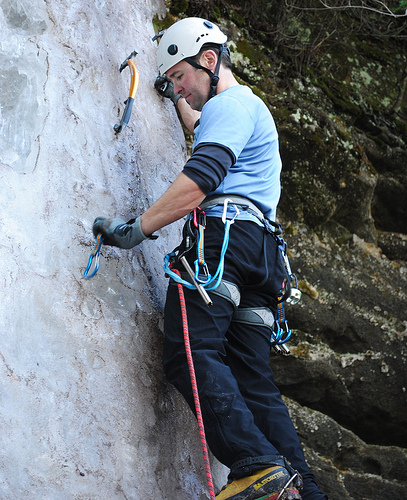 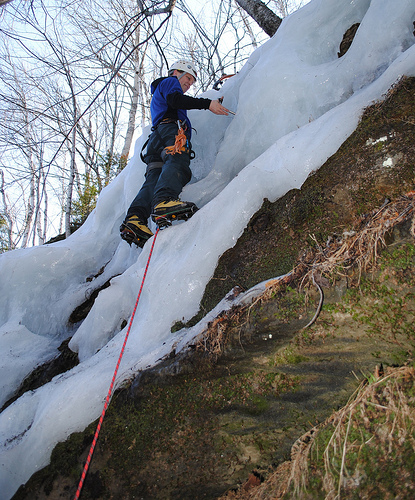 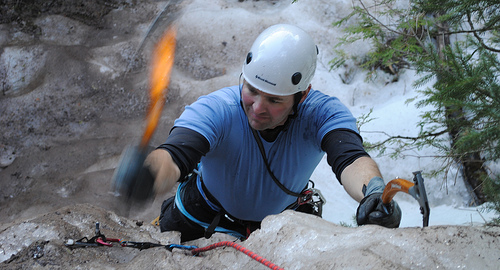 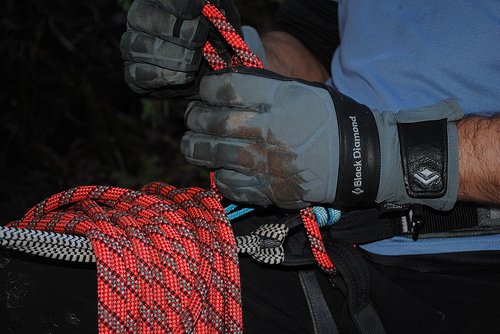 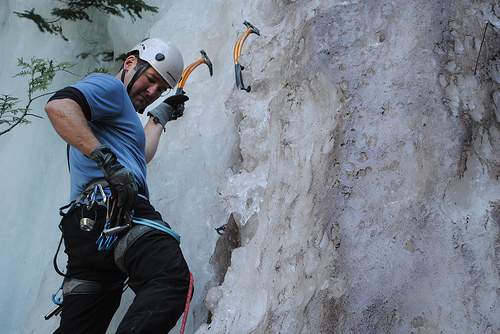 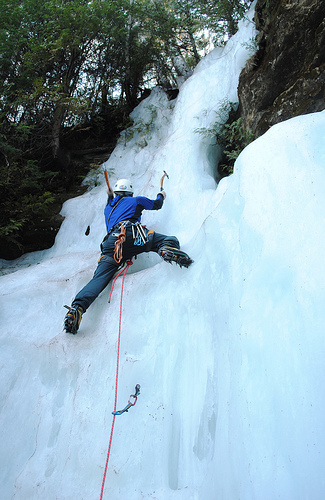 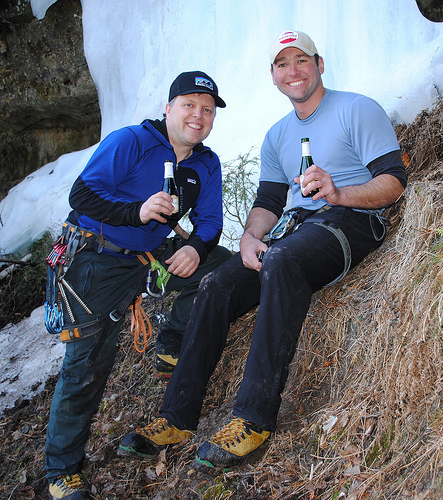 It’s been a great season with fantastic ice, and what better way to finish it off then to have a couple of bottles of bubbly chilling at the base of the climb. 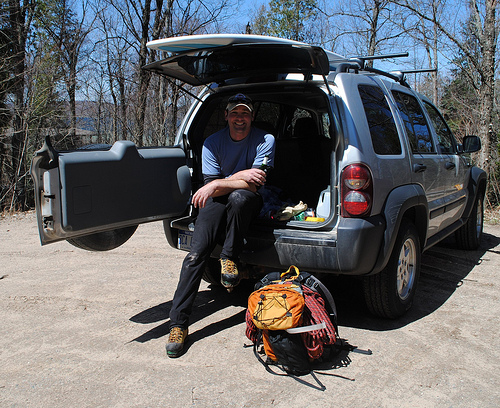 Bryan enjoying the last of his champagne and contemplating an afternoon stand up paddling session.  Oh yes it’s nice to have options!