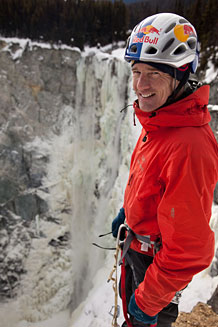 Michigan Ice Fest is proud to announce that good friend Will Gadd will be joining us again (use Canadian accent when saying “again”) instructing our courses and headlining the Saturday evening presentations.  We are so fortunate to have our Gold Sponsors Black Diamond Equipment and Arc Teryx sending Will to the event!  THANK YOU SO MUCH!

All-round action hero Will Gadd is a living legend in the truest sense, continually pushing the boundaries of ice climbing after having won every major title from the World Cup to the Winter X Games.

A veteran of the sport, Will continues to seek new adventures and has boundless energy – not bad at all for the Canadian man now in his mid-forties. In 2010 he proved his pedigree once more by climbing a 130ft ice wall solidly for 24 hours at the Ouray Ice Festival in Colorado, reaching a total height of 25,414ft.

Eager to rise to a fresh challenge, Will also broke the world distance record on a paraglider not once, but three times. He was also the first person to cross the US by paraglider after a gruelling seven-week trek. His hunger for adventure doesn’t stop there – he can turn his hand to almost every outdoor sport and has been featured in the media for his numerous feats in rock and ice climbing, kayaking, mountaineering, caving, Nordic and Alpine skiing and mountain biking.

These days Will likes to set himself more creative challenges and has successfully climed icebergs off the coast of Labrador as well as conquering the longest vertical ice climb in Nepal. “I’ve done enough, won as much as I need to,” he says. “I’m at a point now where I feel like I have a lot less to prove. The coolest things are now beyond competition. All I want to do now is take high level skills and go to interesting places.” 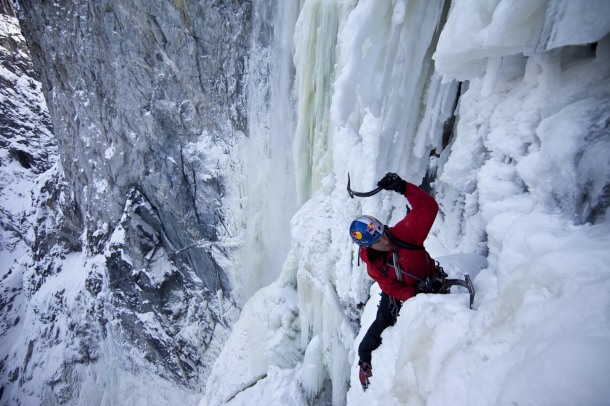