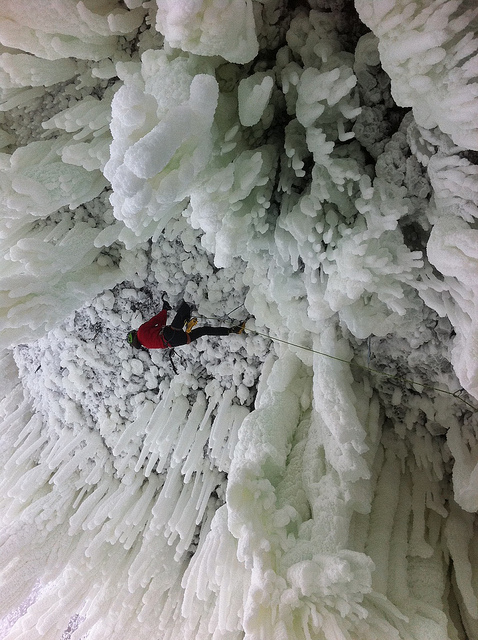 For years La Sportiva has been very generous by sending huge amounts of demo boots so that participants can test out the latest and greatest ice climbing gear.
La Sportiva,  our Title Sponsor, has also sent amazing athletes to our event  ensuring that we get the highest quality instructors, and are entertained in the evening with inspiring stories of climbing around the world.   This year they are  graciously sending Will Mayo. 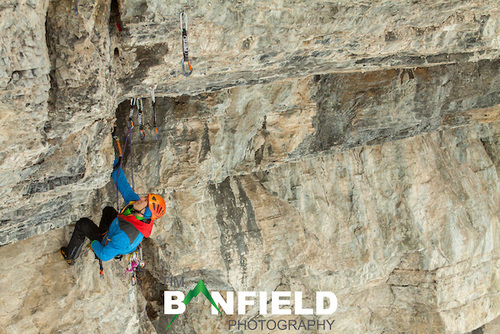 “The most captivating aspect of climbing is the manner in which it demands complete focus on the present. In climbing, during a crux section, it’s only right now; it sounds banal, but it actually seems like a rare and precious thing in our day-to-day lives. Everything else just falls away from one’s mind and one is completely engaged in the moment. Climbing allows for a healthy reset of the mind which allows for clarity upon return to our daily grinds. Besides, it’s just plain fun!”
Will has been very busy over the years ticking off notable ascents including:
Le Mulot (WI 6+) and Speedy Gonzales (WI 6+) in Sept-Iles, QC
Three ascents of La Pomme d’Or (WI 6) in La Malbaie, QC
Eight ascents of Omega (WI 5+) on Cannon Cliff, NH
Personal record of 1 hour 27 minutes car to car solo at night of The Black Dike (WI 5), Cannon Cliff, NH
Solo ascent of French Reality (WI 6+, 5.8), Stanley Headway, BC
Solo ascent of Polar Circus w/Pencil (WI 6), Icefields Parkway, AB
Second ascent of The Fecalator, the hardest traditional mixed climb in North America (M10)
First ascents of Superfortress (M13), The Flying Fortress (M13) and Red Beard (M12), Vail, CO
First ascent of the five pitch sport mixed route Nophobia (M11), Waiparous, AB
Onsight first ascent of traditional mixed climb Silhouette (M9, WI 6+), Mt. Evans, CO

Will is an insurance agency owner, father of two teenage girls and is sponsored by La Sportiva and Petzl.  We look forward to having Will join us for the 2014 Michigan Ice Fest and thank everyone at La Sportiva for all of their support over the years! 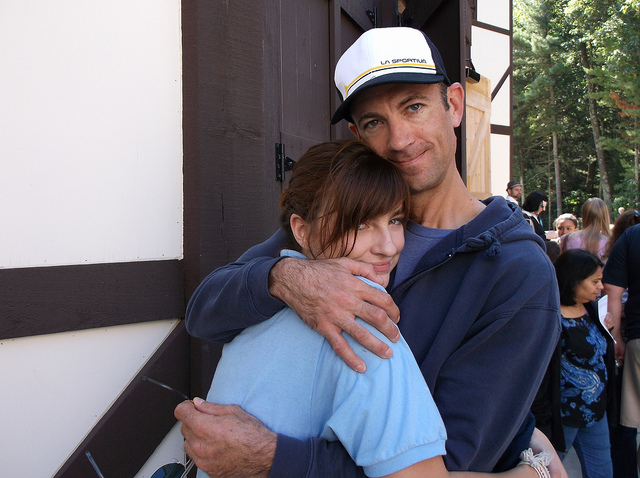