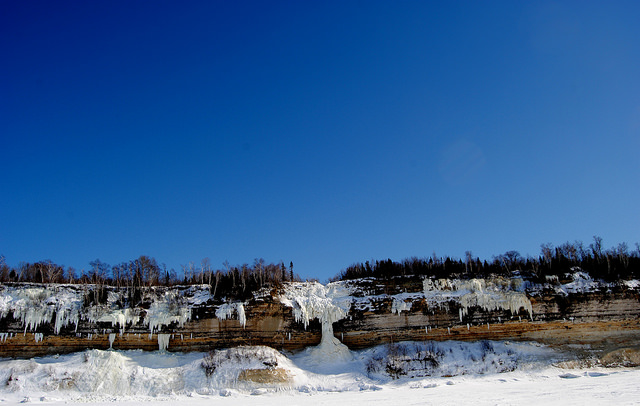 With winter temperatures not loosening their grip on the Upper Peninsula (minus 10 this morning) conditions are still excellent!  The lake ice is still skiable all the way around Grand Island and along the mainland fro Sand Point to the Chapel area climbs as well. 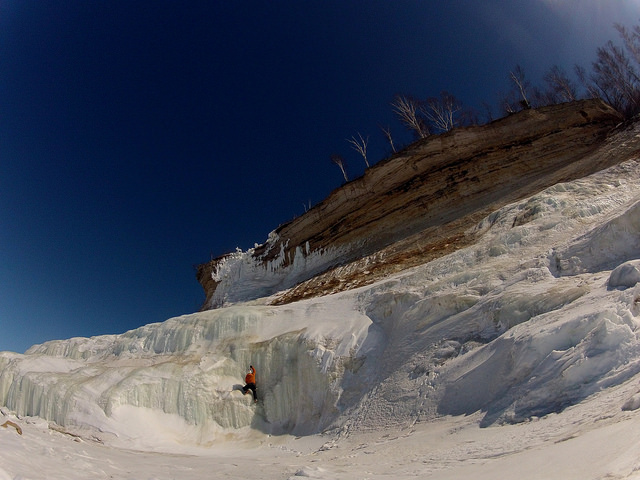 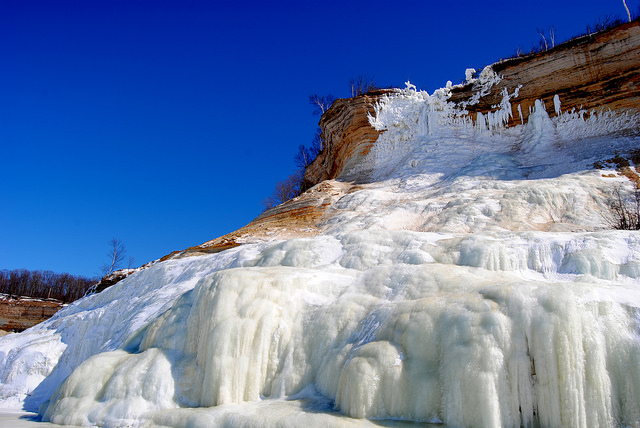 The lake ice was incredibly skier friendly as there is just enough snow to give you grip and glide and very few pressure ridges to deal with.  Miners Beach has incredible ice bouldering opportunities as the lake ice is piled up forming a mile of bouldering. Under blue bird skies, we skied out to Bridal Veil Falls which we found in amazing shape! 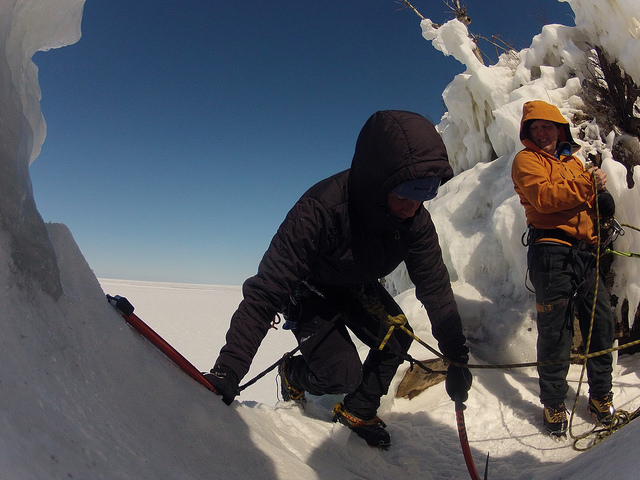 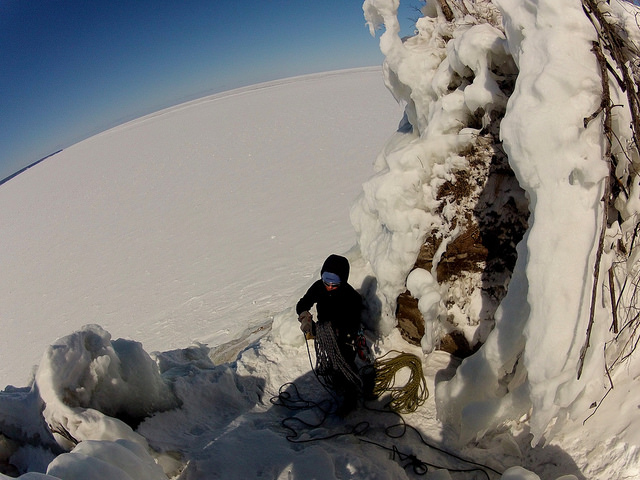 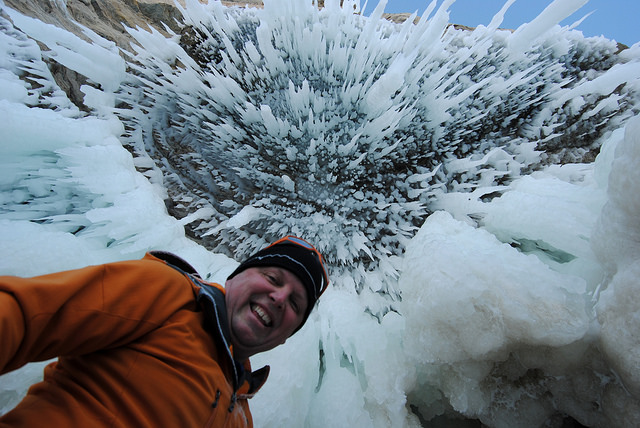 Looks like winter temps are going to hold again this week so make some plans for next weekend and come on up and get some!