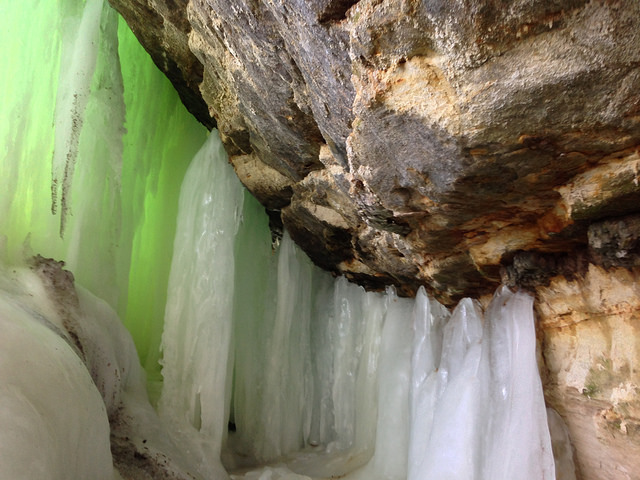 Headed to Munising today under blue bird skies and warm temperatures.  Headed down the Lakeshore trail and soon discovered that with the amount of snow that is still on the ground and our warm temperatures snowshoes are a must!  We also discovered that our beloved ice is deteriorating at a much faster pace then normal. It seems that the heavy snow pack is melting putting much more water into the ground than normal which in turn is eating the ice formations from the inside out.  After scouting for a bit we finally found some small seeps to play on. 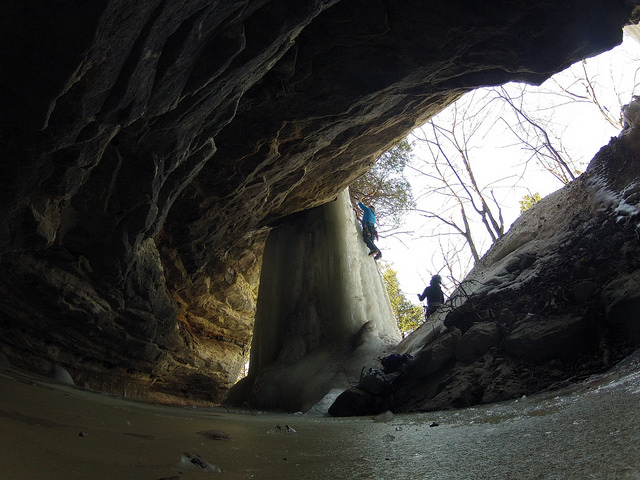 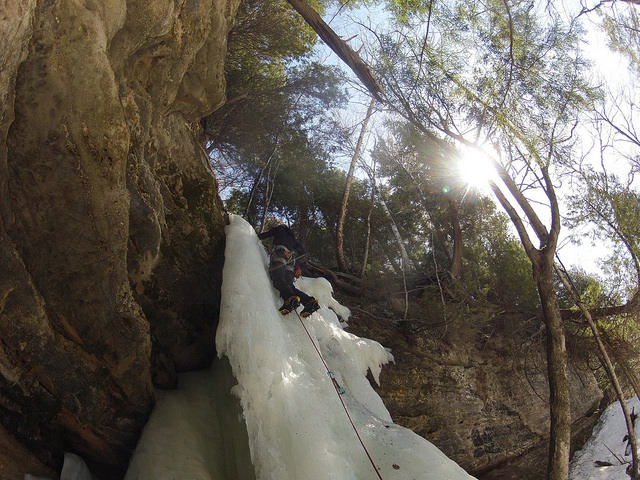 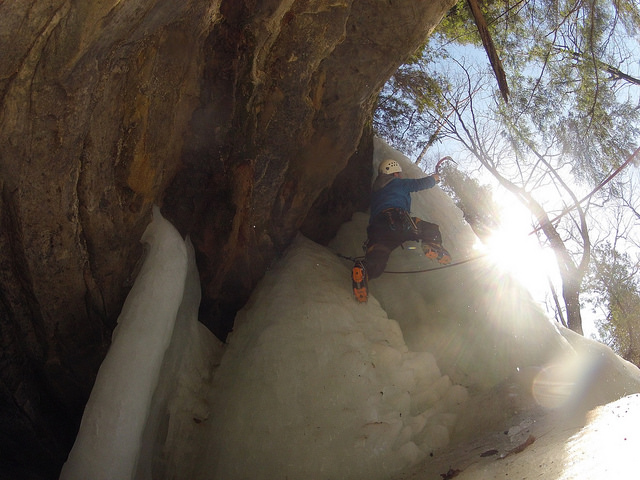 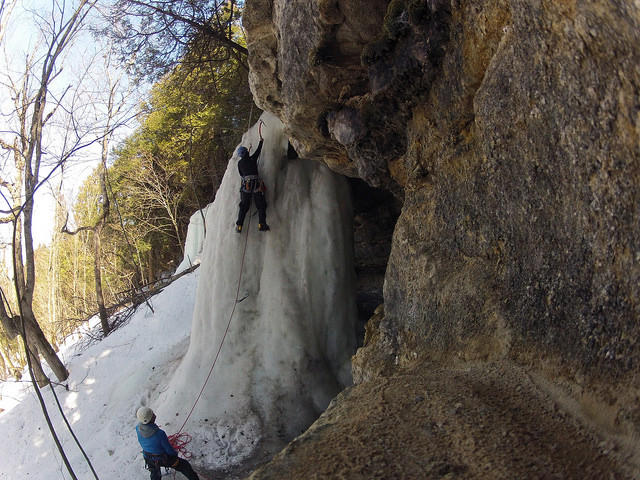 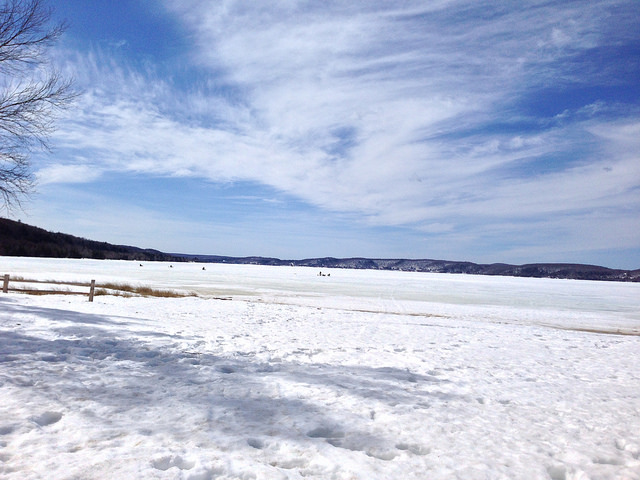 With the East Channel climbs falling with a thunderous boom all afternoon, we did not see anyone venturing out towards the island.  Judging by the  ice fishermen just off shore of Sand Point, it looks like the Grand Island season is over.  If you are jonesing for some ice there still is some small seeps available to climb but they don’t seem like they will be around too much longer.  We’ll try again Sunday and let everyone know how they are holding up.