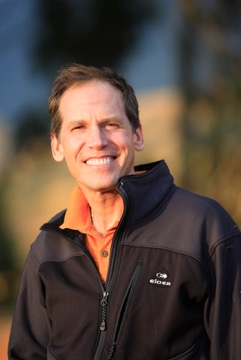 Carlos Buhler is one of the most accomplished mountain climbers in the world.  His
climbing career spans forty-five years with major ascents on five continents.  He draws from experience gained on forty expeditions to Alaska, Canada, Ecuador, Peru, Chile, Bolivia, Argentina, Uganda, Kenya, India, Pakistan, Nepal, Bhutan, China, Kyrgyzstan,
Kazakhstan,Tajikistan, Russia, and Tibet.  In 1983, he climbed to the summit of Mt. Everest with the American team that made the first ascent of the Kangshung (East) Face from Tibet.  It was Everest’s last unclimbed face and its ascent established the mountain’s most technically demanding route.  Their climb has never been repeated.

“The American climber Carlos Buhler is one of the world’s most successful expeditioners.
Over the last 25 years he has been at the forefront of exploratory mountaineering, with
many first ascents in Peru, Alaska and the Himalaya.  High altitude successes include
ascents of K2 North Ridge with the Russians, Kangchenjunga North Face with Peter
Habeler and the first ascent of Everest’s Kangshung Face. However, it is on the more
elegant, 6000ers and 7000ers that he has really made his mark, most notably on
Changabang’s North Face Direct and, this year, the first ascent of Sepu Kangri.”
Stephen Venables, British Alpine Club, in reference to Carlos’s lecture to the Alpine Club, in
London, Nov, 2003.

“He is a leader in converting the sport of alpine climbing from an assault mentality to one of
group centered, strategic planning; mutual respect between climbers and Sherpas; use of
high tech gear; and best environmental practices.” Ted Mischaikov, member of the Western Washington University Foundation Board of Directors and President and COO of  the Trillium Corporation, quoted in Windows on Western, News for Alumni and Friends of Western Washington University, spring 2003.

“Carlos is a rare example of a super class of American climbers who knows how to
understand us and accommodate themselves to our habits.  He always thinks things
through, calculates, you might say – takes the possible variants into account. And he does
whatever he thinks a particular situation calls for. ”  Liana Klepinin, past director of Risk
Online web page, Moscow, Russia, in her feature article on Carlos, At Home Among Foreigners, A Foreigner Among His Own , Risk Online Magazine, Spring 2002.
Buhler is “arguably the best American Himalayan climber there is.

Nobody has had such a long and distinguished career as he has.” Dr. Louis F. Reichardt, former President of the American Alpine Club and neurobiologist at the University of California, San Francisco, quoted in the November, 2002, Bozeman Chronicle story after Carlos’s first ascent of Tibet’s Sepu Kangri.

We are fortunate to have Carlos instructing classes this year- and you won’t want to miss his Expedition Planning clinic this year!