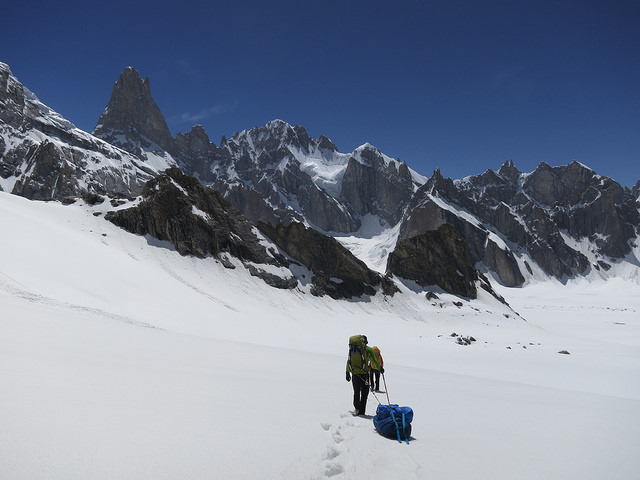 In the summer of 2015, Scott made his first trip to the Pakistani Karakoram, having no idea what to expect. With two strong and experienced partners, the team made two big first ascents: Changi Tower (6500m) and the Southwest Ridge of K6 West (7040m). Scott will share the story of the trip, what he saw and learned, and hope to inspire all of you to make that leap into the unknown!

Born and raised in the suburban flatland of southeastern Michigan, Scott looked forward each year to the epic family roadtrips to the mountains of the West. Devil’s Tower, the Grand Tetons, Yosemite; these places stoked an early love for adventure and wild places. It came as no surprise when, upon finishing school, he moved to Colorado and took up rock climbing.  For the past ten years, Scott has learned the craft of vertical movement, and his appetite for adventure has only grown. From Alaska to Patagonia, Europe to Asia, Scott has sought out beautiful and unclimbed rock, and savored the wild places where it’s found.  We are stoked to have Scarpa sending Scott to us this year!