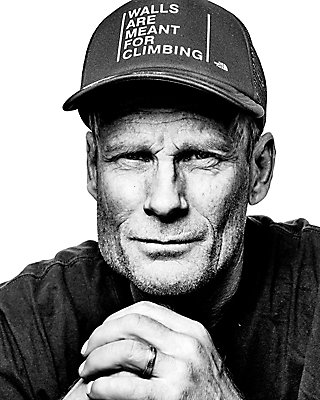 Michigan Ice Fest is proud to announce that Conrad Anker will be joining us again for the 2020 Ice Fest!  We have our Gold  Level Sponsor The North Face to thank for sending Conrad back to Munising for another amazing festival!

The master, the legend, the visionary… Conrad Anker has been pushing the limits of mountaineering for the last 30 years, evolving into one of America’s best alpinists. The Bozeman, Montana-based father of three is one of the most prolific explorers and mountaineers alive today.

At age 56, Conrad’s resume continues to grow, having notched the long-awaited first ascent of the Meru Shark’s Fin in India with partners Jimmy Chin and Renan Ozturk in 2011, which led to the Sundance-winning documentary, Meru. Conrad has climbed Everest three times, including a 2012 trip with National Geographic to commemorate the 50th anniversary of the first American ascent of the mountain. On his most famous Everest climb in 1999, he discovered the remains of George Mallory, one of the two British climbers who died attempting Everest in 1924, helping to shed more light on one of mountaineering’s most famous mysteries. But for many years, one of his greatest passions has been down in the valley—specifically the Khumbu Valley of Nepal. In more than 25 years of expeditions to Nepal, Conrad and his wife, Jennifer Lowe-Anker, have developed deep relationships with the Sherpa people and founded the Khumbu Climbing Center in Phortse, Nepal, which provides a variety of safety training courses to high altitude workers.

Equally at home in Antarctica, the Himalaya or his home ice in Hyalite Canyon in southwestern Montana, Conrad continues a deep appreciation for wild places that was passed on from his father and grandfather who hailed from Big Oak Flat, California, just outside Yosemite National Park. Conrad climbed Mount Rainier by the time he was 16. He met his first climbing mentor, the late iconic climber Mugs Stump, while studying at the University of Utah in Salt Lake City and working in a mountaineering store. The part-time carpenter and the late Alex Lowe–his climbing partner and best friend–went on to become climbing’s rock stars in the 90’s, setting speed records in the Himalaya and Antarctica. Though true alpine routes have been his forte, his résumé also includes big wall first ascents on El Capitan and first free ascents in Zion National Park. In 1997 alone, he completed first ascents in Antarctica, Pakistan’s Karakorum and on Yosemite’s El Capitan. Lowe once wrote about his best friend’s motivation for climbing: “Being in the mountains, for Conrad, is as natural and essential as breathing… It’s where his heart beats, where his soul abides.”

Throughout his career, Conrad has pioneered difficult new routes in the most remote places on earth. In 2016, while climbing Lunag Ri, an unclimbed 6,907-meter peak on the border of Nepal and Tibet with David Lama, an Austrian climber half his age, Conrad suffered a well-publicized heart attack. The following year, he led the TNF team of team of Jimmy Chin, Alex Honnold, Anna Pfaff, Cedar Wright, and Savannah Cummins to Wolf’s Jaw massif in Queen Maud Land territory, Antarctica. On his 12th trip to the continent, he established a new route with Chin on Ulvetanna, the highest peak in the area.

At home, Conrad serves on the boards of the Protect Our Winters, The American Himalayan Foundation and the Alex Lowe Charitable Foundation. 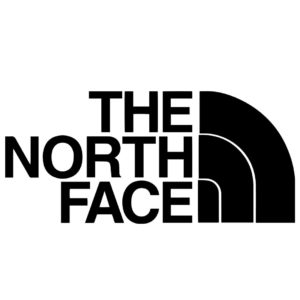