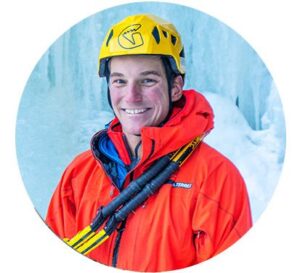 As a IFMGA mountain guide, Alan Rousseau has landed a profession that he is passionate about, a profession that has taken him to amazing ranges around the world. After spending his childhood in New England, Alan moved to Utah in 2004 where he lives with his wife and learned to climb. Initially, Alan picked up climbing as a secondary activity in an effort to take his skiing and snowboarding further up into the mountains. But the more he did it, the more he found passion in climbing impressive lines and summiting awe-inspiring peaks. Aside from his guiding trips, Alan has also received grant funding for five expeditions attempting first ascents in the Himalayas.

A big thanks to Grivel for sending Alan to our 30th Ice Fest!