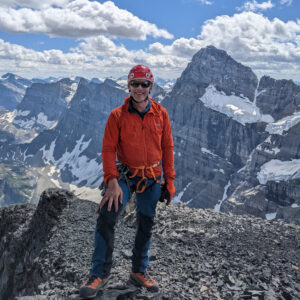 An accomplished Canadian climber with a long list of first ascents, climbs on 5 continents, and a Piolets D’or, Ian has explored and experienced mountains as in his wildest dreams. More and more with the passing of years, the friendships that were formed and the memories that were made in the mountains are more important than any summit.

Growing up on the prairie plains of Canada, he was always intrigued by the mountains and moved to Chamonix at the age of 17. After studying philosophy and economics at university, he settled in the Canadian Rockies.

Here he plunged into 100 day ice seasons; an early solo of  Mount Robson’s Emperor Ridge gave him the belief that anything is possible. Numerous trips to Asia put his home range in perspective and allowed him to begin a series of first ascents in the Rocky Mountains..

More recently, his attention has focused on the most obvious and impressive possibilities: long technical routes through massifs that involve the climber in a deeper sense of adventure.

Most recently he is also enjoying growing his guide business from his hometown of Golden BC., helping others to achieve their own goals and adventures in the mountains and creating new memories and friendships of their own.