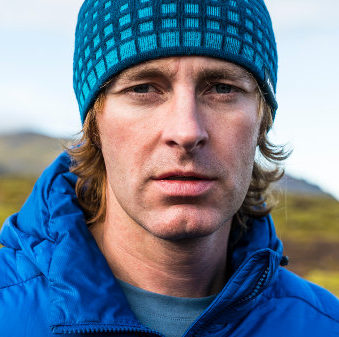 Jess Roskelley is an American alpinist, known most notably for his expeditions in Alaska. Raised in Spokane, Washington, mountaineering and climbing have always been an integral part of his life. He was practically born with a love for nature and the mountains. As the son of John Roskelley, who made countless Himalayan expeditions in the 1970s and ’80s, he discovered a fascination for the world’s tallest peaks at an early age.

Mixed and ice climbing soon became his passion. On 21 May 2003, he became the youngest American to climb Mount Everest on an expedition with his father. He then undertook many other expeditions. In particular, he successfully conquered previously unknown routes in Alaska, the Canadian Rocky Mountains and Patagonia.

His biggest feats include scaling the 1,128-meter-high “Hypa Zypa Coloir”, a steep east face of the Citadel in Alaska’s Kichatna Mountains, or the ascent of the new mixed route “No Rest for the Wicked” (1,500’ WI6 M7 A0) in southeast Alaska.

Jess Roskelley lives in Spokane, Washington, with his wife and their two puppies.