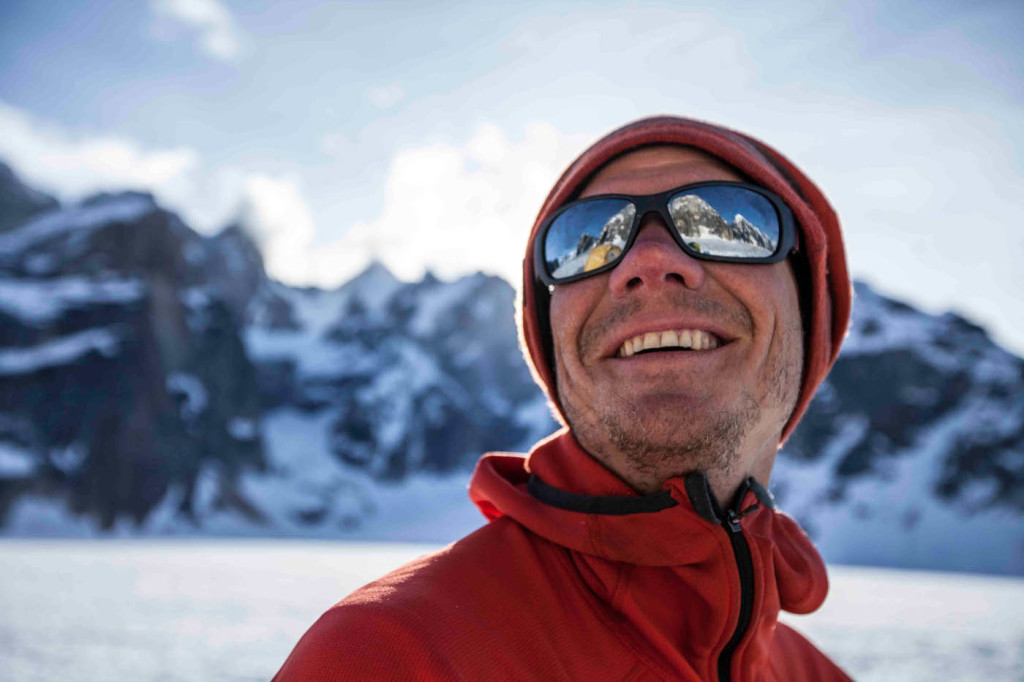 From the teahouses of Khumbu Himal to obscure glaciers of the Alaska Range to storm-lashed Patagonian spires, Freddie Wilkinson is a climber known for his infectious energy and original lines of ascent. In 2012, Wilkinson received the prestigious Piolet d’Or for making the first ascent of Saser Kangri II, the second highest unclimbed mountain in the world at the time. His climbing adventures have also been recognized with both the Robert Hicks Bates Award and the Lyman Spitzer Award from the American Alpine Club, the Mugs Stump Award, The McNeil- Nott Award, and a grant from the National Geographic Expeditions Council. Wilkinson has been a member of the Mountain Hardwear Athlete Team since 2008.

In between adventures, Freddie makes his home in the hills of New Hampshire where he works as a writer and guide. His in-depth reporting on the 2008 K2 season changed public perception of the tragedy by telling the story through the eyes of the climbing-Sherpas, and resulted in the narrative non-fiction book One Mountain Thousand Summits (NAL/Penguin). His writing has appeared in Men’s Journal, Outside, The New York Times, Alpinist, Rock and Ice, and online at the Huffington Post. Wilkinson has also written and co-directed two documentary films, The Old Breed (2012), which won awards from the Kendall Mountain Festival and the Boulder Adventure Film Festival, and the upcoming The Sanctity of Space.

Through Cathedral Mountain Guides and Salt Pump Climbing Company, Freddie works hard on a daily basis to introduce people of all stripes to the fun of climbing.

Join alpinist, writer, and Mountain Hardwear athlete Freddie Wilkinson for a multimedia journey to North America’s ultimate adventure playground: the mountains of Denali National Park. For the past decade, Wilkinson has been at the forefront of exploratory climbing in the Central Alaska Range, ferreting out first ascents in the Park’s forgotten corners and discovering new ways to experience exploration on its most popular peaks. Featuring white-knuckle technical climbs, hilarious mis-adventures, and stunning aerial cinematography, Alaska Unlimited presents a vision of this iconic wilderness that both pays tribute to its rich history, and offers a youthful take on how the timeless experience of adventure can be preserved for future generations.