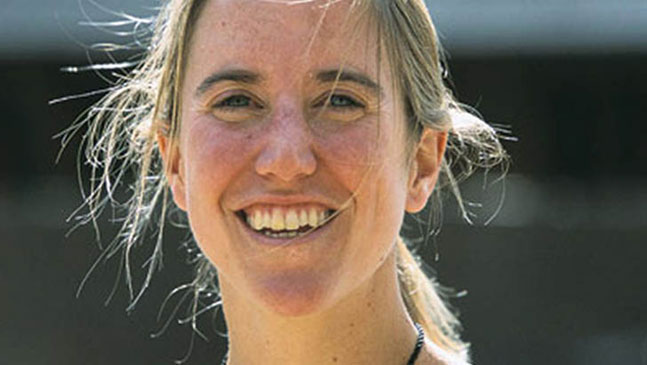 Heidi Wirtz is one of the country’s few prominent female adventure climbers. She has been climbing for over twenty years, letting her passion for adventure and exploration lead her to places such as Nepal, Morocco, Jordan, Siberia, Tasmania, Czech Republic, Eastern Europe, Pakistan, South America, Canada etc.
Heidi has pioneered new routes up unclimbed big walls and mountains and pushed the limits of female exploration. She is known in the United States as “Heidi Almighty” for her bold and technical climbing as well as speed ascents in Yosemite Valley.
Heidi is also known for her philanthropic work and her passion for yoga. She is co-founder of Girls Education International, an organization that helps bring education to women and girls in underserved areas throughout the world. She is the co-founder of Earth Play Retreats, an adventure/yoga retreat service that empowers people to find their true potential and to connect with nature in a deeper more meaningful way. Heidi’s mission is to inspire and empower people from all walks of life to find deeper awareness and follow their dreams.
Heidi’s love for adventure and exploration has been the driving force behind her climbing accomplishments. She enjoys all types of climbing, finding herself high on giant rock walls and frozen waterfalls throughout the world.
She has been climbing in the U.S. as well as parts of Canada, Baja, Great Britain, South America, and India over the past twelve years and doesn’t plan to ease up on her globe-trotting any time soon, with plans to climb in Europe, Tazmania, and Greenland in the near future.
While continually raising the bar for her personal performance and for women’s climbing in general, Heidi envisions a broader view for her role in the sport in the years ahead, hoping to do more work with people in need around the world and create opportunities to “give back, help and inspire.”