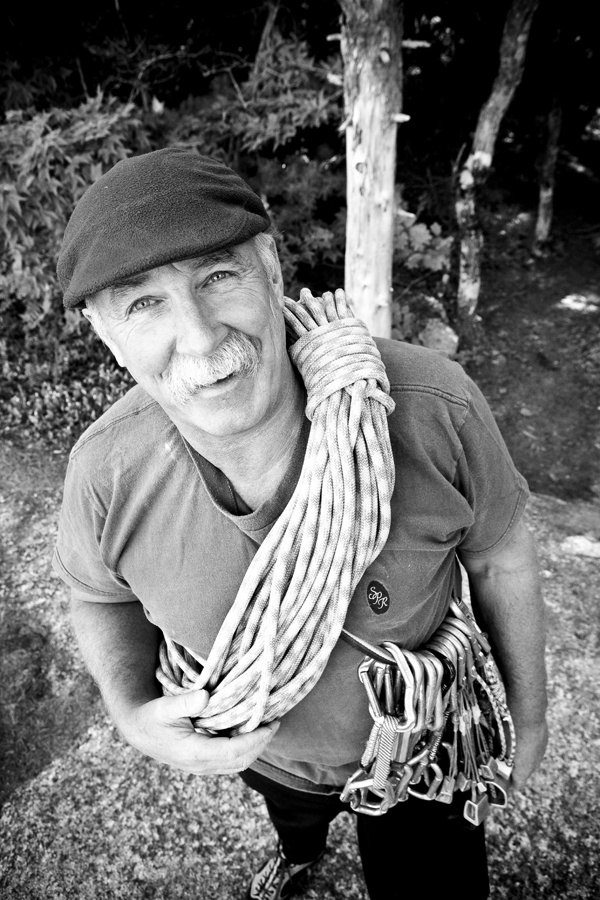 Henry Barber is a prolific first ascentionist, pioneer of clean climbing, and free soloist; and in the 1970s, he was perhaps the world’s best free climber, period.  Henry has traveled to over 65 countries many of them multiple times, both professionally and pursuing interests climbing, skiing and fishing. As a climber establishing new routes in over 20 countries he is well known for my uncompromising style, which is meant to have the least impact on the rock and surrounding environs.  Barber was also a prolific ice climber and alpinist “well ahead of his time, with a commitment and style that was impeccable,” says ice-climbing pioneer Jeff Lowe. “It even took him a long time to warm up to wrist leashes, which he considered aid. Now look at ice climbing: It’s going back to leashless!”

Barber was the first to climb the Vettisfossen, a 900-foot frozen WI 6 waterfall in Norway that, remains unrepeated. During a rare American visit to the Pamirs in what was then the U.S.S.R., Barber soloed a bold new 4,000-foot alpine ice route on Korea Peak (15,551 feet), a climb that was “near suicidal” due to crevasse hazards. Henry’s presentation is sponsored by Asolo.