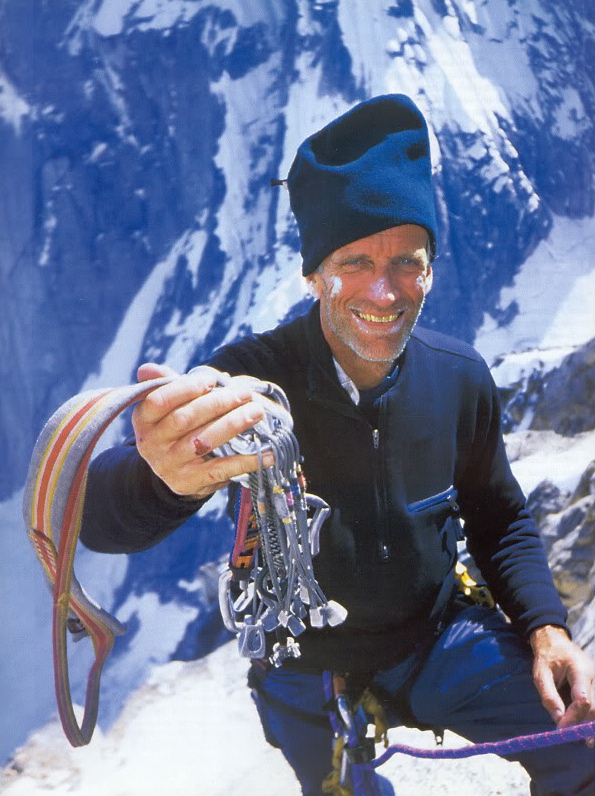 Jim Donini is an American rock climber and alpinist, noted for a long history of cutting-edge climbs in Alaska and Patagonia. In 1976, Donini made the first ascent of Torre Egger with John Bragg, and Jay Wilson from the United States, by climbing first to the col between the Egger and Cerro Torre, the Col of Conquest, and then up the ridge to the peak. The ascent was hampered by bad weather and took from December 1975 to February 22, 1976 when the 3-person team summitted. In 1978, the North Ridge of Latok I represented a new era of bold alpine climbing in the Himalaya. Donini and his partners Michael Kennedy, George Lowe and Jeff Lowe climbed within 700 feet of the summit but were turned back due to illness. Thirty years and 20 attempts later, it remains one of climbing’s most elusive goals.