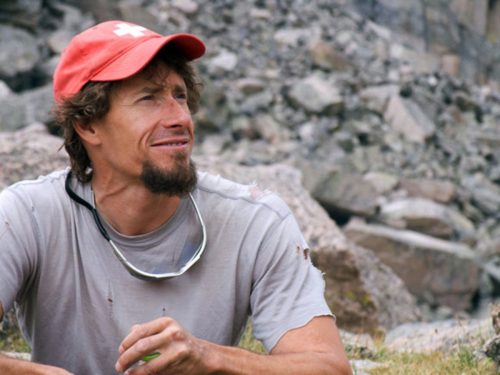 Jonathan “Jonny” Copp, was born into a life of adventure on March 28, 1974 in Singapore. In June 2009, he was tragically killed by an avalanche while attempting a new route on Mount Edgar in Sichuan Province, China. Although his life was brief, his contributions to the world were remarkable and touched the lives of all those who surrounded him.

Jonathan, or “Jonny” to his climbing friends, moved to Colorado in 1992 where where he sharpened his skills and joined a community of climbers. He quickly became known worldwide for his cutting edge first ascents of the steepest walls and mountains around the world, including the highest peaks in Pakistan’s Trango Valley. He also accomplished first ascents in Argentina, Chile, Alaska, India, and the Yukon, including the first alpine-style ascent of Grade VII (one of the longest vertical climbs in the world). These feats have been captured in many ways including his award-winning photography, writing, and video footage that has been featured in numerous magazines, journals, books, and films.

Jonny founded the internationally-acclaimed Adventure Film Festival in Boulder, CO, to provide a platform where adventure filmmakers could share their work. As the film festival grew, so did Jonny’s reputation as a climber and supporter of adventure living. In addition to being sponsored by several well-respected companies, he was chosen as an Ambassador for Patagonia (the company), a distinction that carries with it the responsibility for working with the company’s design department to test, refine, and validate products in the harshest and most remote locations in the world. Jonny also made an effort to share his passion for adventure and the outdoors with anyone that expressed an interest.