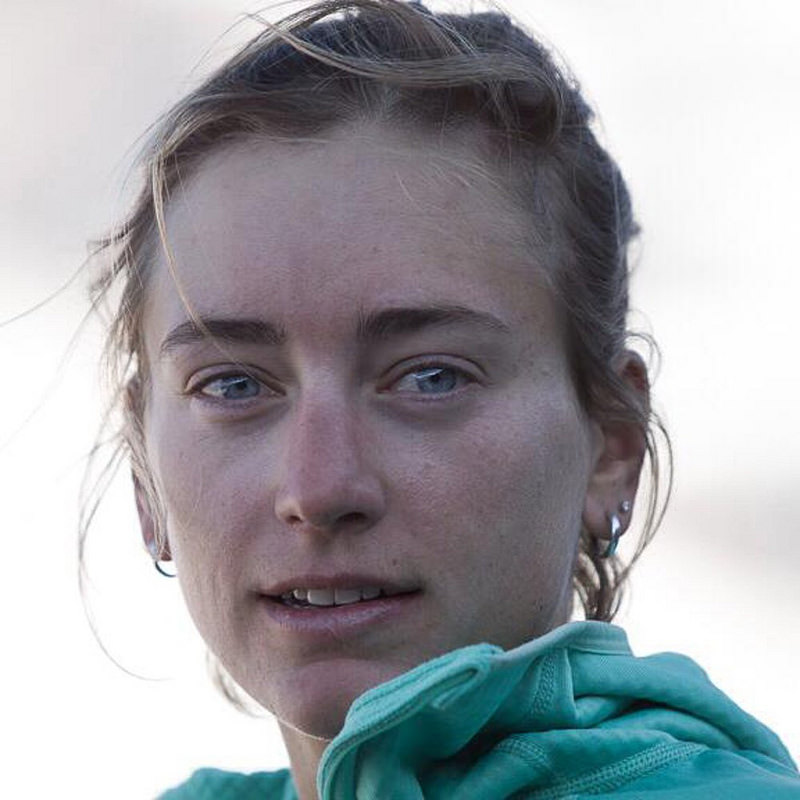 Growing up in Minneapolis, Katie’s first introduction to the outdoors came in cross country ski racing. This taught her many skills that she would use later on, including how to suffer for long periods of time and how to cope with absurdly cold weather. In high school, Katie travelled to the Canadian Rockies for the first time on a training trip and fell in love with the mountains. This love affair deepened while ski racing for Dartmouth College in New Hampshire when she discovered climbing. After retiring from the ski racing circuit in 2011, Katie began guiding and had the chance to pursue climbing more extensively.

Now Katie lives in Canmore, Alberta, in the first mountains that blew her mind over a decade ago. She also spends several months of the year guiding big-mountain and alpine terrain in Washington, Alaska, and South America. Katie gets way too excited about pretty much any kind of climbing, but the mental component and commitment of alpine climbing is a huge draw for her. She also has a thing for moving fast in the mountains. With an inherently fast-and-light (albeit non-mountainous) background of ski racing and trail running, she finds it really rewarding to combine those elements with climbing. Katie recently discovered the joys of mixed climbing, as well, and probably spends more time hanging upside-down on ice tools than is good for her.

Katie also really enjoys the multi-faceted component of climbing because there are so many aspects of it that can contribute to your experiences as a climber, and because of that, there’s always something new and different to learn about yourself, your partners, and your environment. Katie comes to Michigan Ice Festival via Arc Teryx.