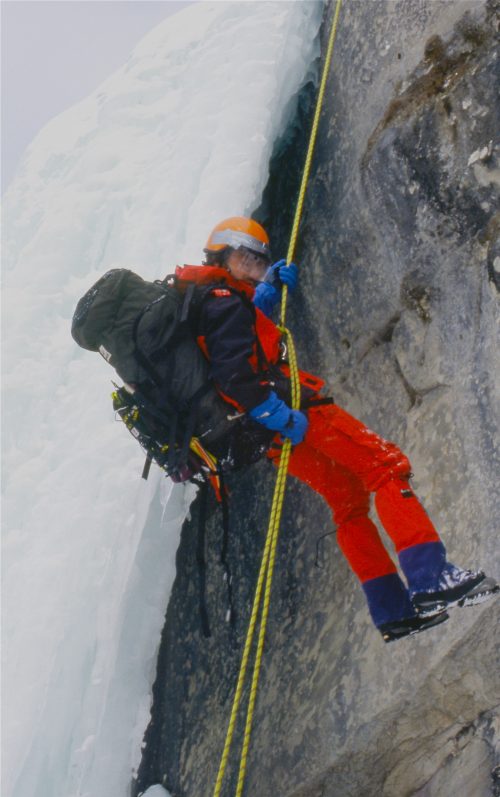 Mark Reisch from Kalamazoo was the first “organizer” of ice climbing around Munising. He authored and published the Great Lakes Ice Climbing Newsletter starting in 1990. In 1991, he organized the first Michigan Ice Festival (a year before the first Ouray Ice Festival). That same year, he compiled a one page description of the area’s climbs, futuristically and optimistically titled “Guidebook to Ice Climbing in the Upper Peninsula of Michigan.” For the next few years Mark nurtured each of these three projects and recruited others to join the effort and the Michigan Ice Festival is one of a nationwide circuit of ice climbing festivals. Mark, who tragically died descending the Matterhorn in 2004, would be psyched.