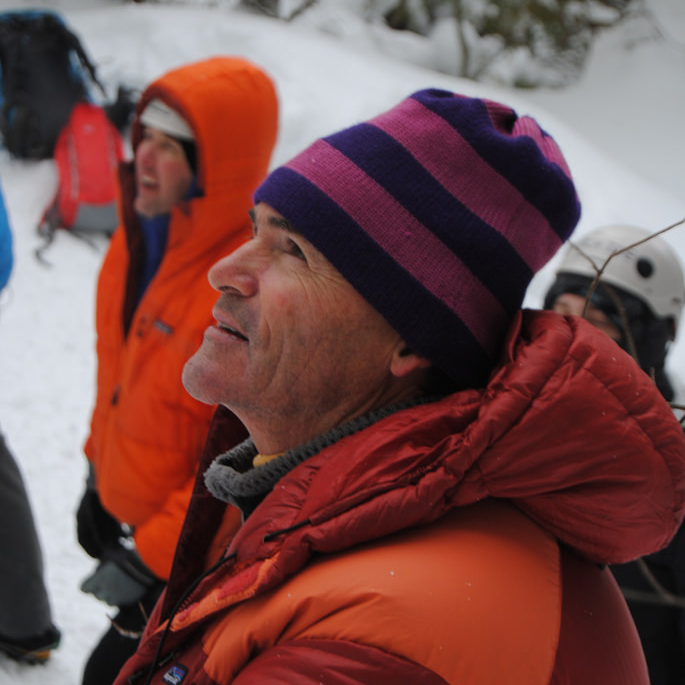 Who’s the one guy you can guarantee you’ll see at the fest?  Mark of course!  A long time supporter of the festival, Mark is considered one of the most proficient and diverse alpinist/rock climbers in the world. With more than 30 years of experience, he has accumulated a long resume of bold rock ascents, alpine solos, Alaskan climbs and Himalayan expeditions. Among his most notable climbs are the first American solo ascent of the Eiger North Face, a first ascent route on Nameless Tower, a winter solo of the Diamond on Long’s Peak and first ascents in Alaska’s Saint

Elias Range. Although he has participated in sport climbing and ice-climbing events, Mark is considered a staunch traditionalist when it comes to the style and ethics of climbing.  “Whatever that means these days,” he jokes. “I just like to climb. I just love climbing.”   Mark won’t be presenting this year, but he will be instructing for us again this year- we are lucky to have him back!  We are thankful to longtime sponsor La Sportiva for sending Mark.