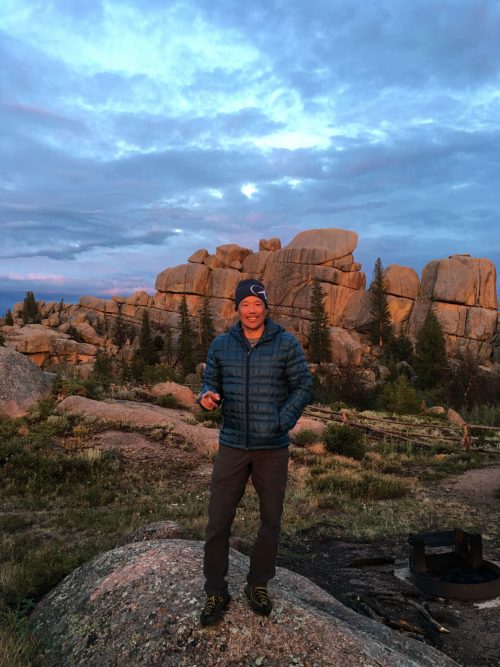 Marmot-sponsored athlete Pete Takeda is the ipitomy of an all round climber. Among his proudest accomplishments, Takeda lists a redpoint of a demanding sport route in Rifle, his first ascent of one of first mixed routes in the world graded M9, and alpine climbs in Alaska and the Himalayas. He spent six seasons climbing in Yosemite, where he earned the nickname “Big Wall Pete.”

Although his colorful resume would seem to leave time for little else, Takeda, who’s based in Boulder, is also an accomplished writer, with three published books and bylines in just about every adventure vertical on the market.

“For me, climbing has been a progression from bouldering through cragging to big walls, ice/mixed, and on to alpinism,” Takeda explains. “I started with what was available in my backyard and moved onward.”

With such an accomplished background, it’s no surprise that Takeda represents a versatile, well-rounded brand like Marmot. In fact, with 25 years on the team, he’s the longest-standing Marmot athlete—by a long shot. He came on informally as its first sponsored athlete in 1992, then signed his first contract in 1995.