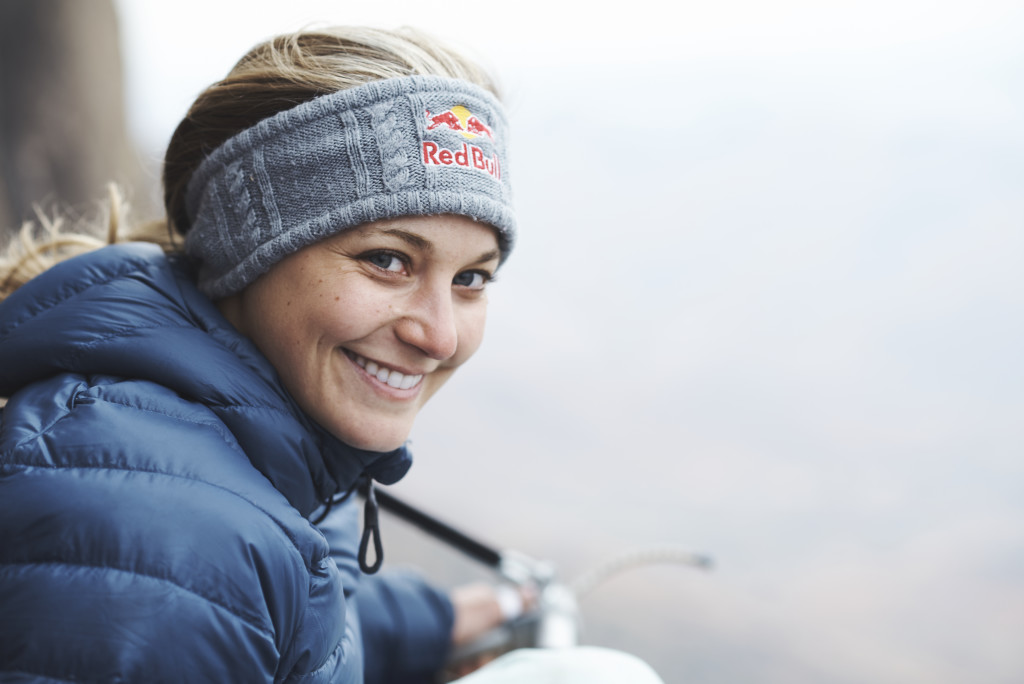 Sasha DiGiulian took the rock climbing world by storm from a young age. She started climbing at age seven, in a gym in her home town of Alexandria, Virginia. By nine, she’d won her first regional contest and started sport climbing outside. The former figure skater won her first Junior Continental Championships at age 11 and remained undefeated in that contest for the rest of her junior career. In 2010, at 17, she won her first National Sport Climbing Championships against women of all ages, and won the World Championship title a year later. At 18, she became the third woman in history – and the first North American woman – to climb a 5.14d route, on a wall in Kentucky’s Red River Gorge. While a full-time college student at New York’s Columbia University, studying non-fiction writing and business, Sasha expanded her resumé of impressive alpine climbs, achieving first female ascents everywhere from Kentucky to South Africa to the Italian Dolomites. In 2015, she became the first woman to climb a notoriously difficult route called ‘Magic Mushroom’ on the North Face of Switzerland’s famed Eiger. She graduated from Columbia in 2016 and relocated to Boulder, Colorado, a climbing epicentre. “I fell in love with the fact that, in climbing, there’s an endless spectrum of personal achievement and it’s a physically and mentally demanding sport. It’s also served as my vehicle to explore the remotest corners of the world and has been my gateway to creating a global community.”