Despite being born and raised in the flatlands of Michigan, and first getting a taste of rock climbing while at school in Ohio, Scott Bennett has always been drawn to the mountains. Family road trips to Devil’s Tower, the Grand Tetons, and Yosemite left him with no doubt that, as soon as he had the chance, he’d be moving west.

Now based in Boulder, Colorado, the 28 year old alpinist has finally begun to feel at home in the mountains of his childhood dreams. Beyond his beloved Front Range, the hallowed venues of Argentine Patagonia, British Columbia’s Waddington range, and the Alaska range have beckoned. In the past three years, he’s opened eight major new routes in those ranges, all in his preferred lightweight, ground-up style.
His bottomless pool of energy shows no signs of drying up, even as youthful audacity gives way to thoughtful experience. Keep your eye out for Scott at the crags of the Western US, as well as the Greater Ranges.

Follow Scott’s adventures on his blog: Rope and Summit . We are stoked to have CAMP / CASSIN sending Scott to us this year! 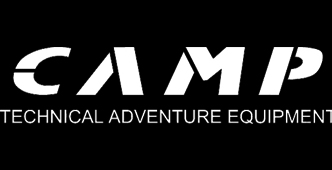