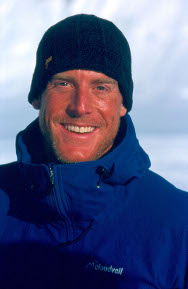 Stephen Koch is an American adventurer, extreme snowboarder, mountaineer, and pioneer in the field of snowboard mountaineering,[ a term he coined. He is best known as the first and only person to snowboard on all Seven Summits, the highest peak on each continent. Koch is also the first to snowboard all the major Teton peaks in Wyoming.

Koch has been featured in Outside, Men’s Journal, and Sports Illustrated.[4] Appeared on Late Night with Conan O’Brien, MSNBC and OLN.