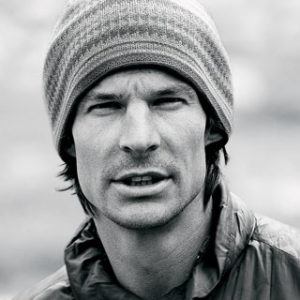 Steve House was born in Washington where he grew up with his father that quickly exposed him to climbing. House was just 8 years old when he rappelled off of a granite boulder for the first time. In his youth he honed his climbing skills with his buddies of the Cliffhangers Club. He recalls being two years behind where all the other club members were, but that didn’t stop him.

Upon graduating high school, House lived in Slovenia as part of an exchange program. It was the mountains and the people there that really gave House his first taste of alpine climbing. He made himself available for climbing everyday to anyone that needed a partner. Once he returned to the States, House pursued the life of a climbing guide that provided a life of consistent opportunities to be in the mountains and on the cliffs.

House spent a good amount of time amping up his climbing career and portfolio with amazing alpine ascents in Alaska, theCanadian Rockies, and Pakistan. A life-threatening injury left him in a position where he decided to focus on other important things rather than becoming the best climber. House is now happily married and is a partner of Skyward Mountaineering. Along with his current alpine pursuits, House spends his time guiding, teaching, and writing about climbing.