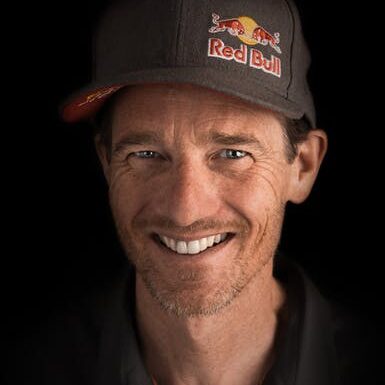 Will Gadd is one of the top outdoor adventure athletes in the world (Outside, Men’s Journal and Explore.). Will is best known for wild outdoor adventures in multiple different sports, but he’s most proud of his ability to complete those adventures safely and share them with others. He has appeared in, hosted or produced more than 100 global television projects. He is an award-winning writer (New York Times, Men’s Journal, etc.), film maker, and dad. His book on ice climbing is the top publication in its field, and has been translated into five languages. Gadd’s presentations on “Risk and Reward” and related topics take him all over the world to speak to audiences ranging from Nike and Enbridge to at-risk youth . He is a National Geographic ” Adventurer of the year” and recently became the first person to climb a frozen Niagara Falls.  He is an ACMG guide.

-Ice and Mixed Climbing. First person to climb Niagara Falls, and recently returned from climbing the last ice on top of Africa’s highest peak, Mt. Kilimanjaro, and winning the 2015 Ouray Invitational against a field mostly half his age. Climbed his first waterfall at age 12, and has won the Ice Climbing World Cup, multiple gold medals at the X Games and numerous other international competitions since then. Climbed icebergs in Labrador and underground ice in Sweden. He’s waiting for Hell to freeze over with excitement.

-Paragliding. Two-time World distance record holder (263 miles/423K), first to fly across the Andes, over the Grand Canyon, only pilot to cross the US on a paramotor, first place at many comps in North America. Author of over 20 articles on flying technique and adventures.

-Mountaineering. Grew up in the Canadian Rockies climbing with his parents, climbed everywhere from Northern Canada to South America, Nepal and Europe, recently opened one of the hardest alpine routes in Canada with friends (Howse of Cards). First one-day ascent of Mt. Robson, the highest peak in the Canadian Rockies.

-Caving. Numerous expeditions to caves in Canada and the US. Lots of vertical experience. Likes the dark.

-Mountain Biking: 20 years of hopping logs and rolling around the mountains.

Other: Will Gadd is 48 years old, live in Canmore, Alberta, Canada, and knows how to get to the airport/mountains in most North American and European cities. He can shoot and edit video, has done commercials for Canon Cameras, Wolf Blass and others.

Bourne Legacy, Stuntman, climbing  and running along a dangerous ridge.

Plus dozens of other Stunt Coordinator, Talent, and other roles. ACTRA member.

Other Relevant Experience: I’ve climbed icebergs a half-dozen times, and can run across ice like nobody else. Fire it up!