Art and adventure are inseparable parts of the human experience that help us define who we are.  Many consider the performance of climbing as an art form in itself, so it only seems natural to bring a climbing artists to Ice Fest highlighting our new program Artist on Ice.  Look for a gallery showing, morning coffee talk, live art, and other workshops! 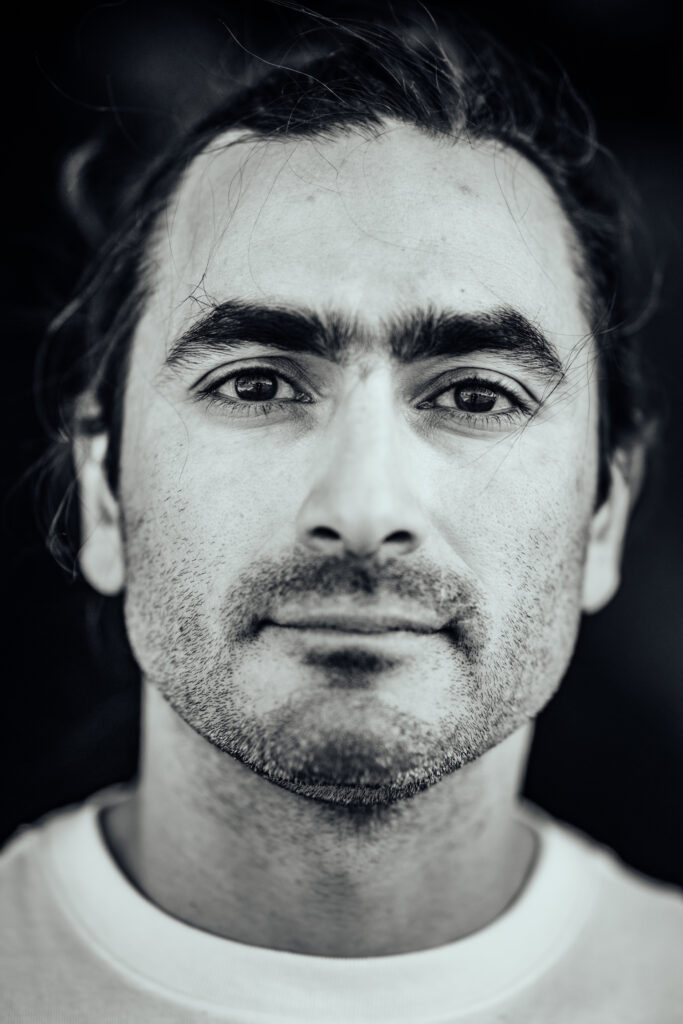 I was born on August 25, 1982 around Detroit, Michigan, USA and it is where my family still resides. My father is from Syria and my mother’s grandparents were all from Poland. I currently base out of Salt Lake City, Utah.
My existence is a cocktail of the academic, the artistic, and the athletic. There are symmetries and tensions and these create texture and richness for life. I’ll always be intrigued by the seemingly oppositional elements that are present through fundamentally existing as a human being, even if they are paradoxical and impossible to perfectly rationalize. I’ll always try to find a connection point, even if there only appears a gap from the perspectives that I’ve previously looked, ever trying to remain open and trusting that below the surface of gaps and of opposition, there can be sameness and interconnection.
Climbing has in large part directed my life since 2005. I felt immediately at home in the practice and lifestyle and community, and I structured my life so that I can be dedicated to it.

Before climbing, my life was devoted to alpine skiing and ski racing. I have skied since I was 2 years old. I began racing at the age of 12, and when I was 16 I moved from Michigan to Salt Lake City, UT to attend Rowmark Ski Racing Academy. After that, I was recruited to ski race for the College of Idaho. I still ski frequently and love exploring the mountains this way.

I was introduced to climbing through sport climbing, and it is my main pursuit. However, I have taken to many other styles; traditional climbing, bouldering, deep water soloing, ice and winter mixed climbing/dry tooling, and mountaineering and ski mountaineering.

The first time I ever climbed was in 1995 when I was 12 at an outdoor summer camp in Colorado. I remember touching the stone for the first time, being on the wall, and moving upwards. I didn’t understand what I was experiencing, but now, looking back through my memories, I can describe it. I wasn’t scared, I wanted each climb to go on forever. I never wanted to come down. It just felt so natural, and so liberating. From that first day until 2000, I went climbing only a handful of times. In the Spring of 2000, I began climbing slightly more with increasing frequency until the Spring of 2005, when I moved to the Red River Gorge in Kentucky to work at Miguel’s Pizza. From that point onward, climbing became an aspect of daily life, and my lifestyle.

I don’t pretend to know what the hell to do with a life. I was born into one, and I’m just trying to make the most of it. To whom and where and when I was born created a framework, albeit a privileged one. I’ve taken that framework and made it my own through things that have called to me. They are physical and mental activity, expression, creativity, challenge, and progression with like minded others – mostly in nature – and balanced with time for solitude, reflection, introspection, learning, calm, and rest.