Our Presentation Schedule for 2023 will be available when registration opens in spring/early summer!  Stay Tuned!

Here’s who presented in 2022.  We’re so excited to see who comes next year! 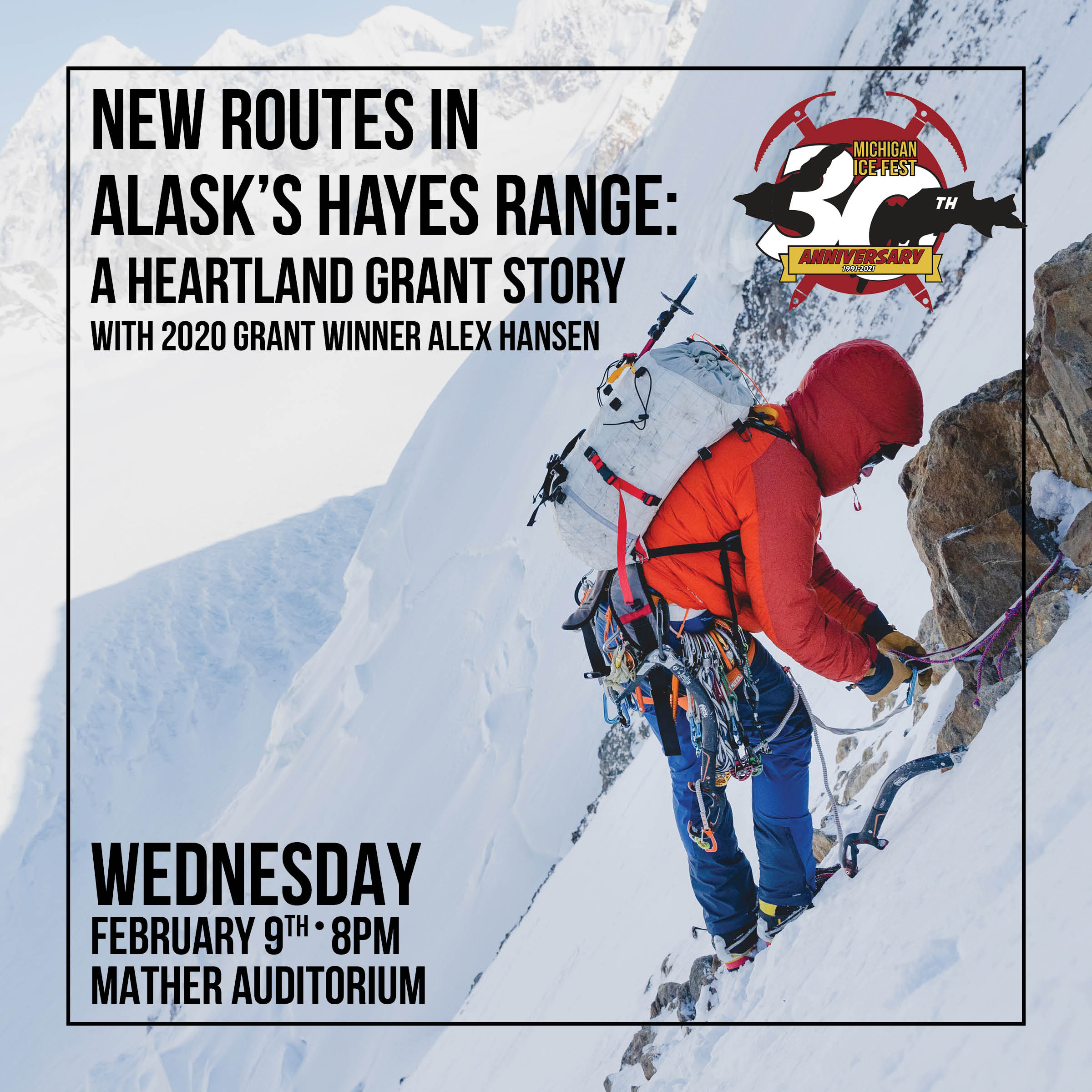 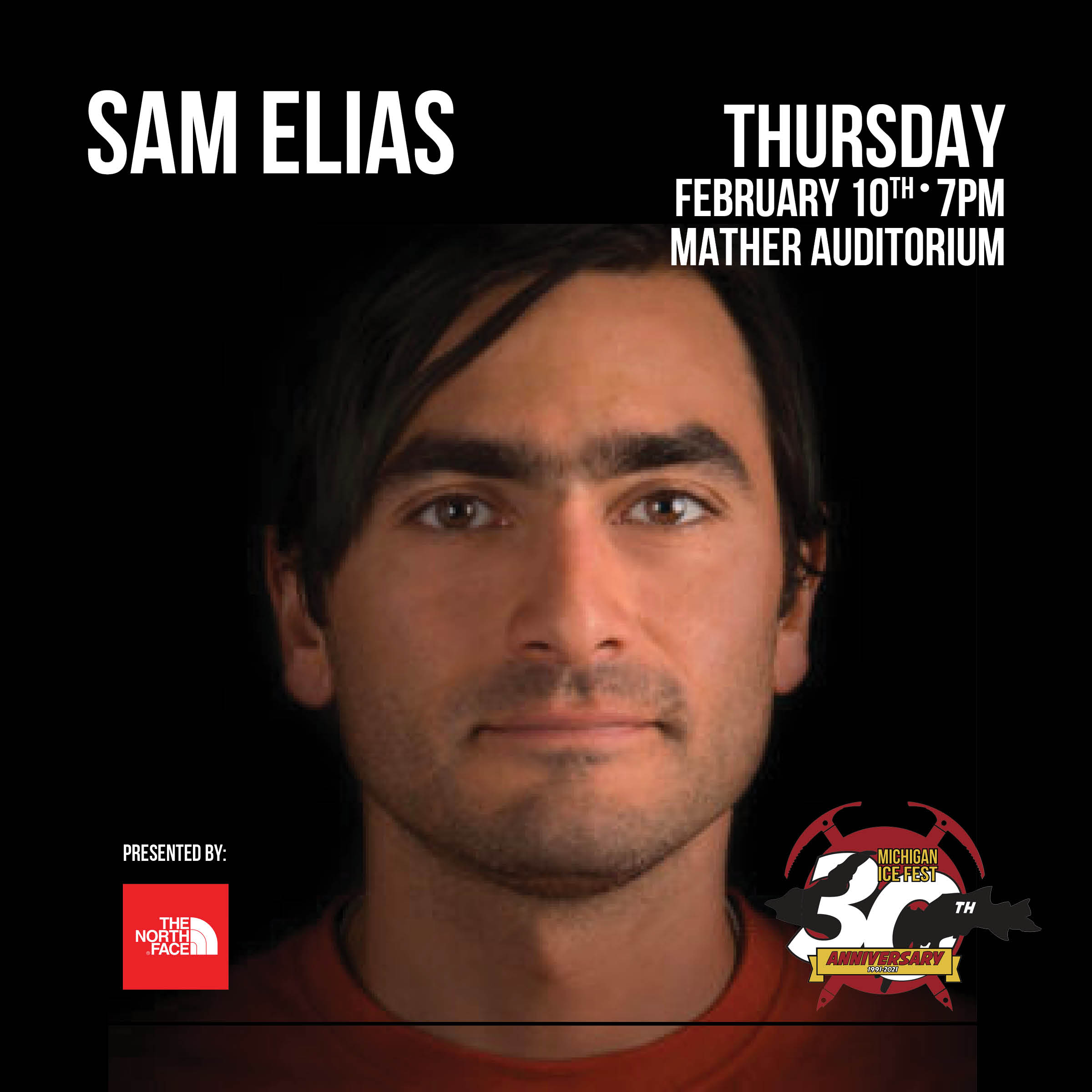 Cities to Crags is an old-fashioned climbing road trip story and brand. The first trip was in the fall of 2019 through the southeastern United States and it highlighted multiple communities in several different areas. Join professional climber Sam Elias for a film on sends, adventures, and epics in the Midwest! 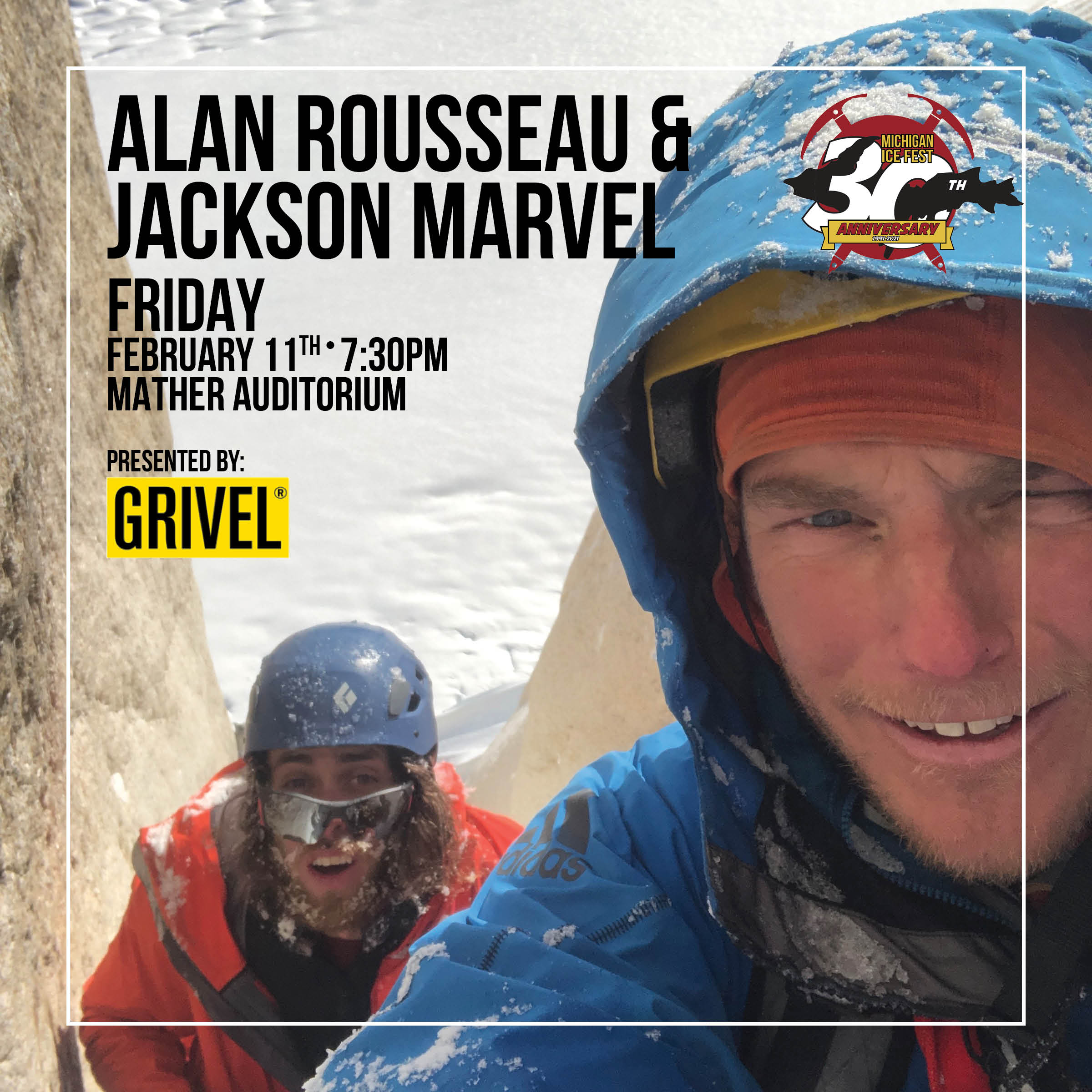 Applying modern mixed climbing to alpinism:
Join us for an evening of stories from single pitch frozen choss wrangling near home to attempts and ascents of some of the largest features Alaska and the Himalayas have to offer. 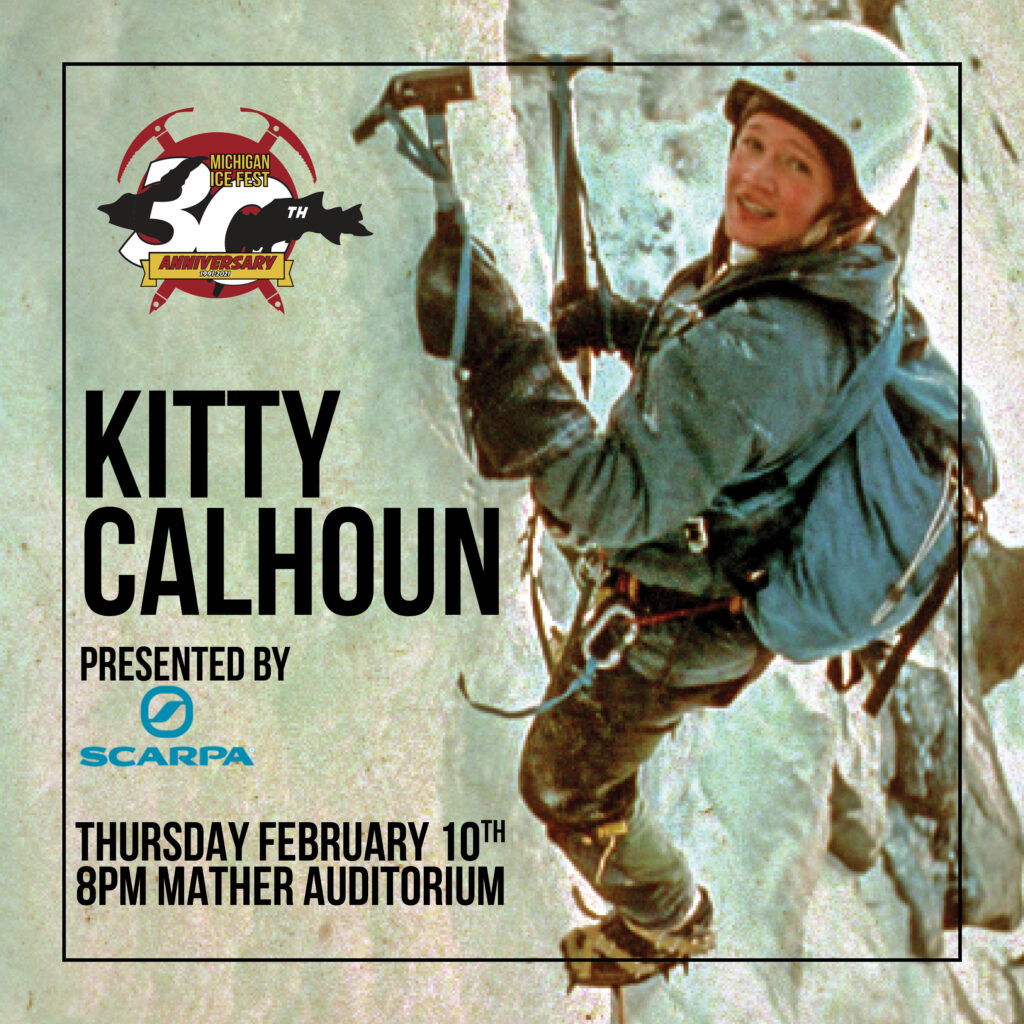 Kitty tells stories about her growing awareness of last ascents, alpine routes that might not get a repeat due to climate change, and her exploration to find the ultimate actions needed to address this challenge.  She finally finds the answers on a climbing trip to Alaska last spring with Molly Kawahata, climate change policy analyst for the Obama Administration. 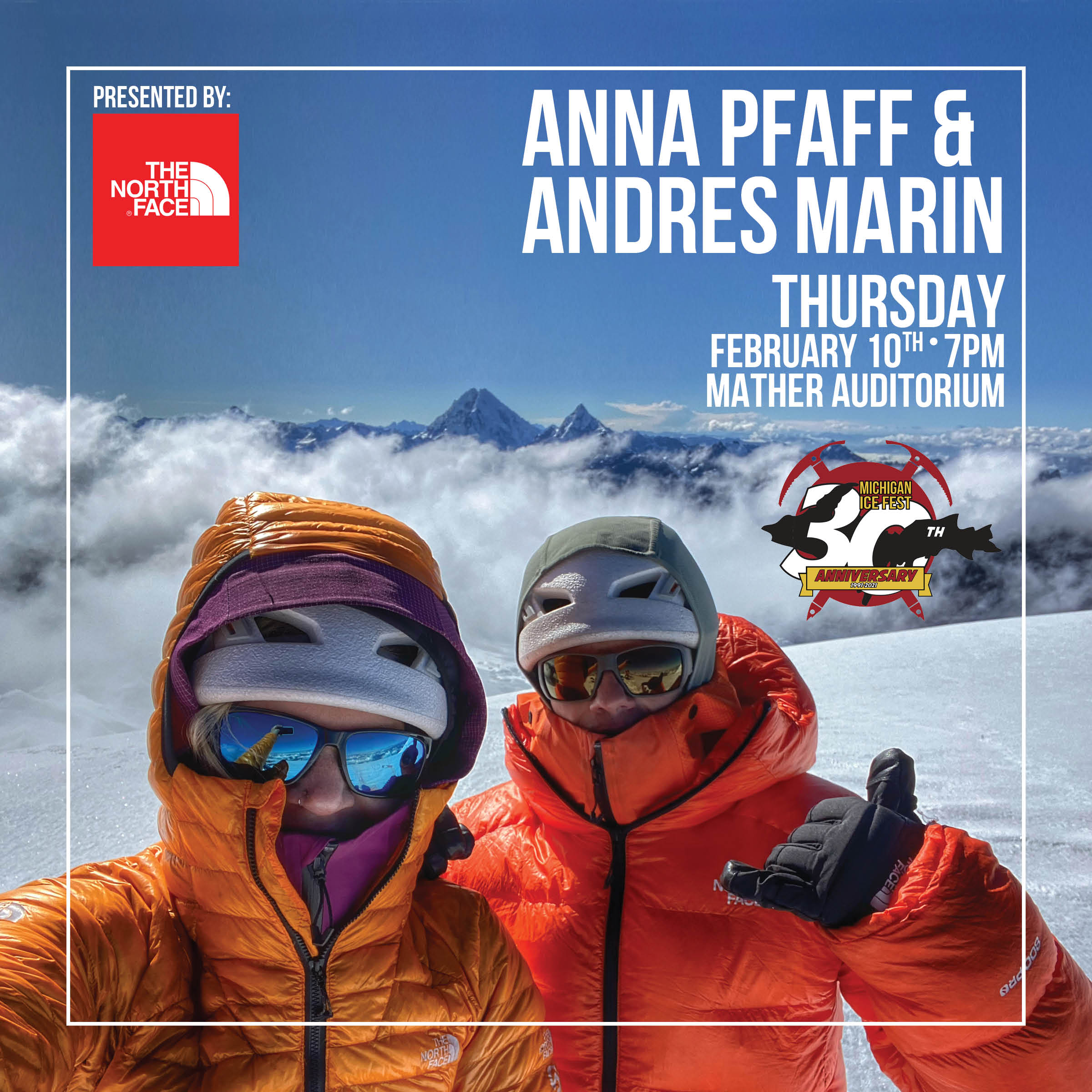 The presentation will be about the 2 new routes Andrés Marín and Anna Pfaff climbed and the exploration of the Vilcanota and Vilcabamba Ranges in the Cusco region of Peru this past Summer. 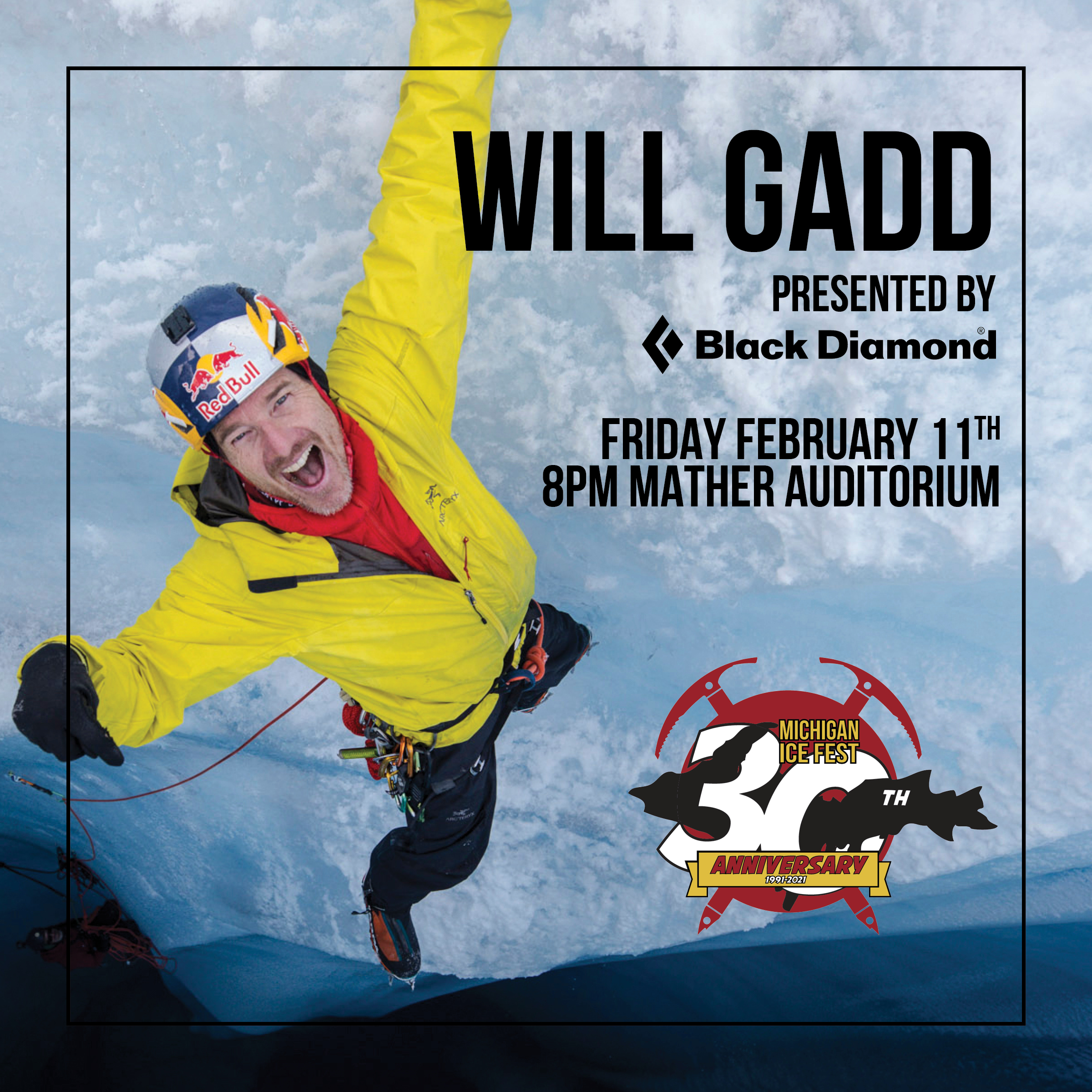 Will Gadd – 30 trips of a lifetime in 60 minutes, plus how to train better, get sponsored, and solve all your life problems.
8PM – Mather Auditorium

Will Gadd is one of the top outdoor adventure athletes in the world (Outside, Men’s Journal and Explore.). Will is best known for wild outdoor adventures in multiple different sports, but he’s most proud of his ability to complete those adventures safely and share them with others. He has appeared in, hosted or produced more than 100 global television projects. He is an award-winning writer (New York Times, Men’s Journal, etc.), film maker, and dad. His book on ice climbing is the top publication in its field, and has been translated into five languages. Gadd’s presentations on “Risk and Reward” and related topics take him all over the world to speak to audiences ranging from Nike and Enbridge to at-risk youth . He is a National Geographic ” Adventurer of the year” and recently became the first person to climb a frozen Niagara Falls. He is an ACMG guide. 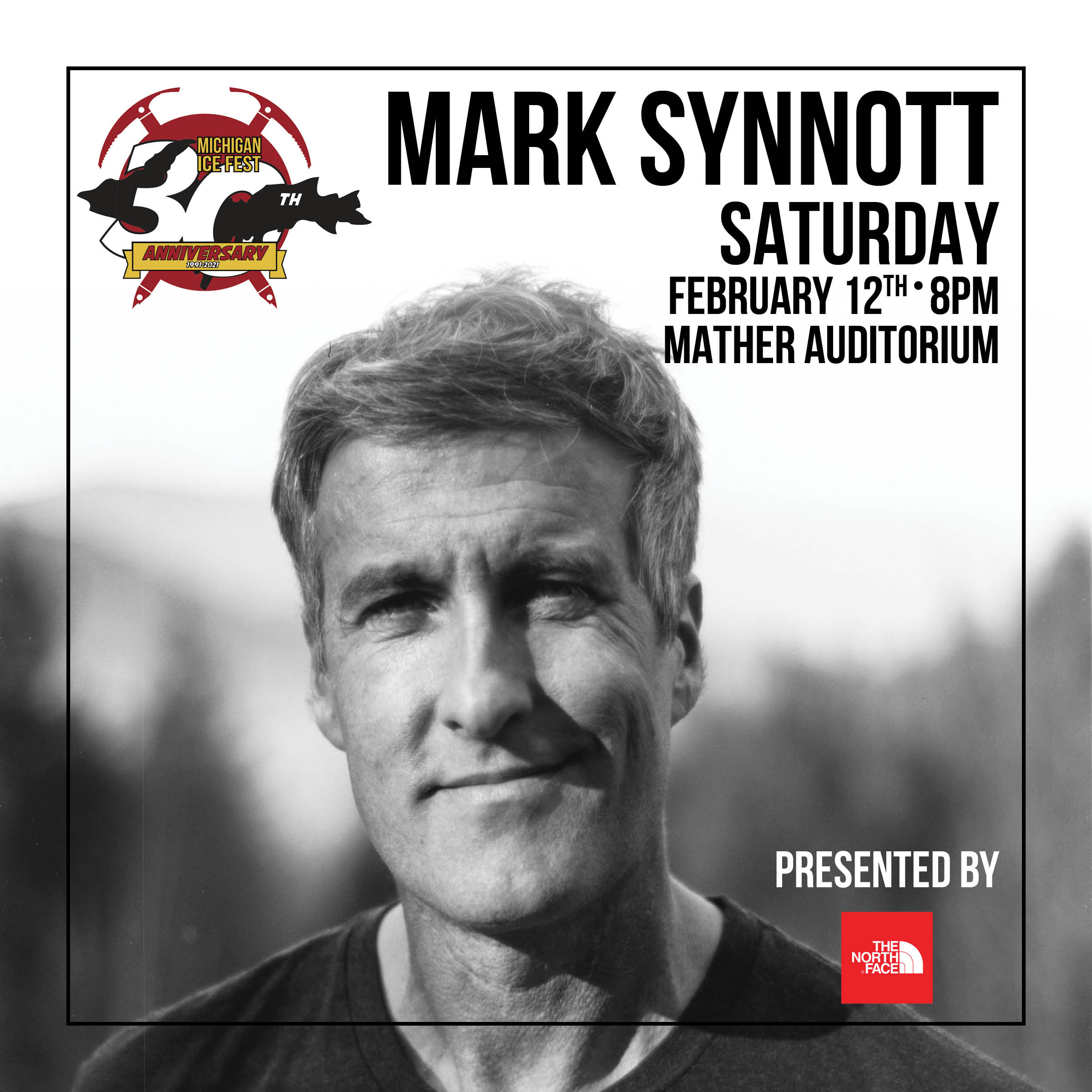 Mark has also worked extensively in the film and television industry, both in front of and behind the camera. His credits include work for National Geographic Television, NBC Sports, Warren Miller Entertainment, Teton Gravity Research and Red Bull Media House. Long regarded as one of the best storytellers in the business, Mark is highly sought after as a motivational speaker. He presents regularly for clients like General Motors, the Bank of New York, Vanity Fair Corporation, the X Prize Foundation and the National Geographic Society. 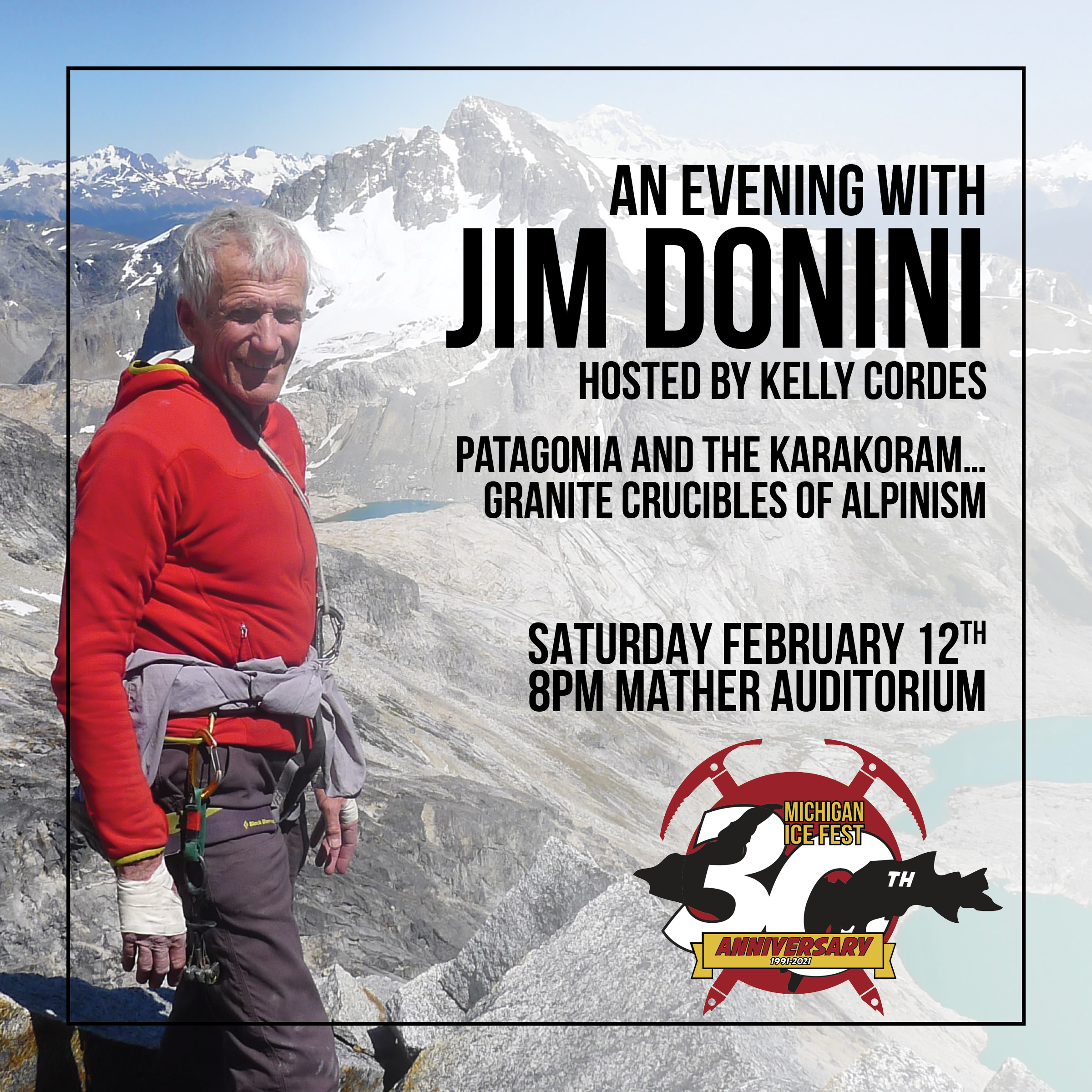 In my mind alpine climbing reaches its aesthetic and technical peak in two distinct granitic ranges thousands of miles apart…the Karakoram Himalaya and the Patagonia Andes.

Technical difficulty alone does not define a climbs difficulty, there must be another factor. The altitude in the Karakoram, with it’s sheer faces and knife edge ridges, makes the climbing tough and open bivouacs tenuous.

Patagonia’s summits, while not high, are effectively guarded by nearly incessant storms and hurricane force winds.

My climbing in both areas began nearly a half century ago and continues to this day. My slide illustrated talk will include first ascents, near misses, close calls…and, most of all, give you a glimpse into two of the most beautiful and spectacular areas on our planet.