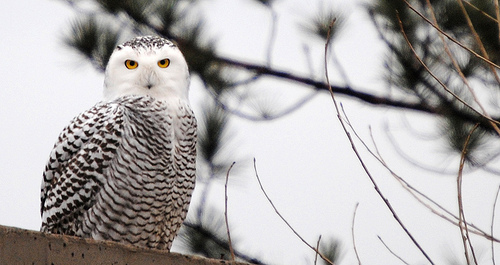 For the last week I have heard all about the migration of Snowy Owls and sightings all over the northern half of the United States….seems everyone was getting a glimpse but me!  It took a week of early morning searching of the Lake Superior shoreline- and Thursday it finally paid off. 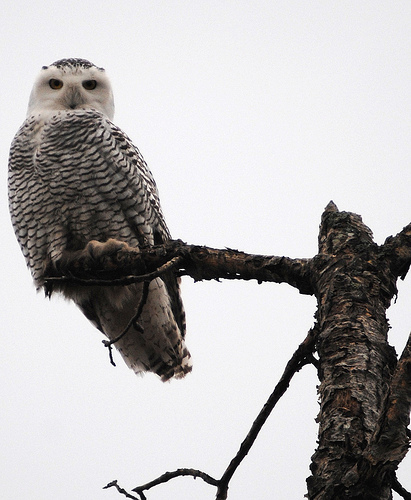 This particular owl is part of a major irruption of Snowy Owls this winter.  The Snowy Owls are here in search of food. Normally during irruptions, the owls come south when the population of lemmings, their main source of food, crashes but this is an unusual year. Due to an abundance of lemmings during the breeding season, there are an excess of immature Snowy Owls. This abundance of owls has created a shortage of food and the young birds must come south in order to survive the winter.  While we don’t have Lemmings here in the U.P. the Snowy Owls will also hunt small rodents, rabbits, fish and other birds.

This yellow-eyed, black billed white bird is easily recognizable by the lucky birder who might happen to stumble upon it! It is 20–28 inches long with an incredible 59 inch wingspan! It is one of the largest species of owl  in North America and is on average the heaviest owl species. The adult male is virtually pure white, but females and young birds have some dark scalloping; the young are heavily barred, and dark spotting may even predominate. Its thick plumage, heavily-feathered taloned feet, and coloration render the Snowy Owl well adapted for life north of the Arctic Circle or the U.P for that matter! 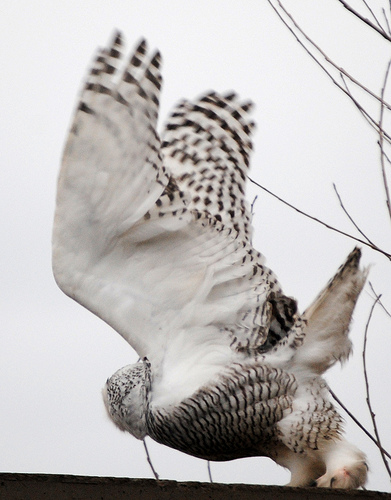 Even though Snowy Owls fly across Lake Superior on a regular basis, the migration this year is extremely impressive!  So as you are out exploring this holiday season…keep your eyes peeled for this ghostlike owl with the unmistakable white plumage that echoes its Arctic origins. 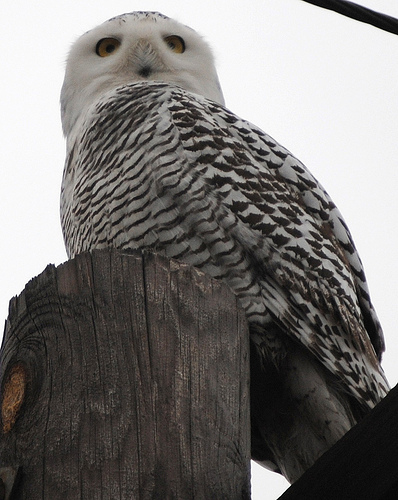