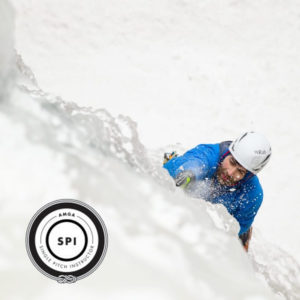 Growing up in a small town in the foothills of the cascade mountain range, David developed a love for the outdoors at an early age. He spent many days and nights camping, fishing, and exploring the majestic woods of the Pacific Northwest with his father Aaron.

David was introduced to climbing in his mid 20’s and over the past 8 years has had one goal…climb every chance possible! His stoke is always high and he loves exploring the backcountry. Ice climbing in particular is David’s favorite style of climbing, but he also loves to plug gear and jam cracks on warm summer rock routes.

The full on winters and beautiful ice formations of Munising lured David to the Upper Peninsula in the winter of 2014/2015. After an amazing first season he decided to make the big leap and move to the UP full time.  He currently lives in a little cabin in Big Bay, just up 550 from Marquette.