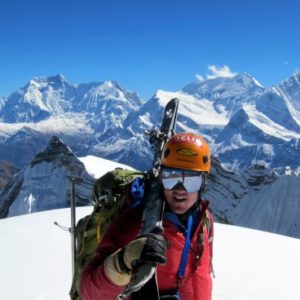 Ben Clark of Clarksville, Tennessee, is a mountaineer and commercial filmmaker. Ben started rock climbing in his late teens and progressed to larger, more challenging mountains in his early 20s, eventually spending a decade pioneering alpine and ski mountaineering routes in the Nepali and Tibetan Himalayas. On May 22, 2003, at the age of 23, Ben became the second youngest American to summit Mount Everest, via the North-Northeast Ridge Route, and also launched a film career.