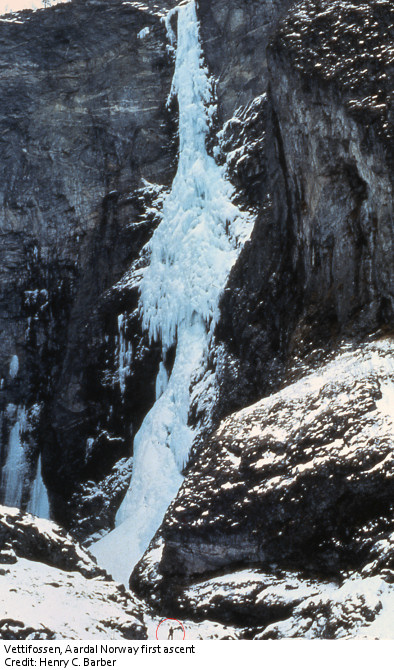 For those of us who have an interest in climbing history, we are so fortunate at this years Ice Fest to have the opportunity to look at one person’s climbing career that was an  integral component in so many aspects of it.

Gold level Sponsor Asolo will be sending Henry Barber as one of our featured presenters. Henry’s talk will cover an amazing span of his climbing career  from 1973 to 1977.  He will talk about what inspired him, the progression of climbs that prepared him and will include a historical perspective on ice climbing at that time. Most important he will explore the rock climbing of Dresden East Germany and a solo first ascent of an alpine face in the Tien Shan that gave him the confidence to climb with little gear, much of it poor.

The final climb of the presentation will be the first ascent of the Vettifossen, Barber was the first to climb the Vettisfossen, a 900-foot frozen WI 6 waterfall in Norway. 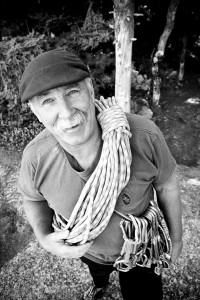 Henry Barber is a prolific first ascentionist, pioneer of clean climbing, and free soloist; and in the 1970s, he was perhaps the world’s best free climber, period.  Henry has traveled to over 65 countries many of them multiple times, both professionally and pursuing interests climbing, skiing and fishing. As a climber establishing new routes in over 20 countries he is well known for my uncompromising style, which is meant to have the least impact on the rock and surrounding environs.  Barber was also a prolific ice climber and alpinist “well ahead of his time, with a commitment and style that was impeccable,” says ice-climbing pioneer Jeff Lowe. “It even took him a long time to warm up to wrist leashes, which he considered aid. Now look at ice climbing: It’s going back to leashless!”