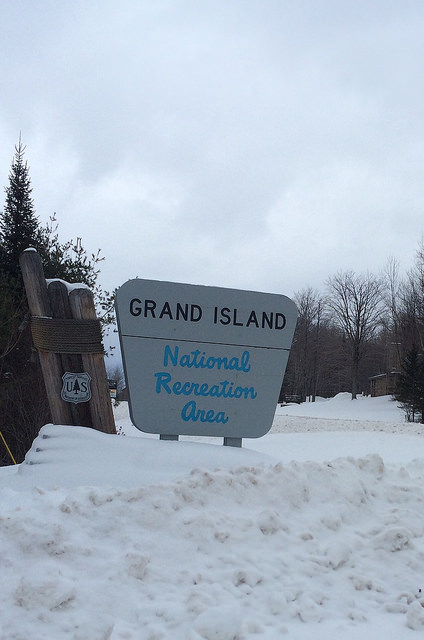 So we headed over to Munising for some night climbing yesterday and we surprised to find the ice blew into Munising Bay!  It didn’t take long for the ice fishermen to grab the shacks and start dragging them out.  Seems that the ice is actually quite thick from shore to the middle of the bay and then thins out and is not crossable the closer you get to Grand Island. 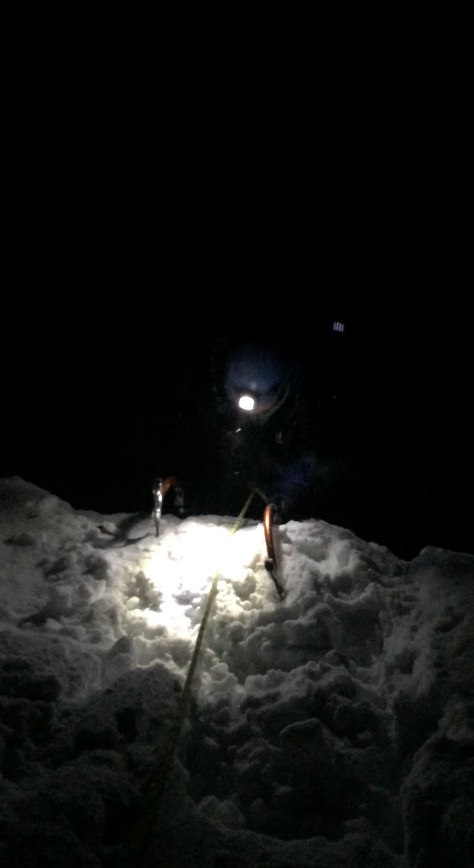 The temperatures have been cooperating with mild day time temps and cold over night which now I am happy to report that most climbs in the park are now climbable!  With the pack ice now settling into Munising Bay there is a very good chance that by Ice Fest we just might be able to access Grand Island! 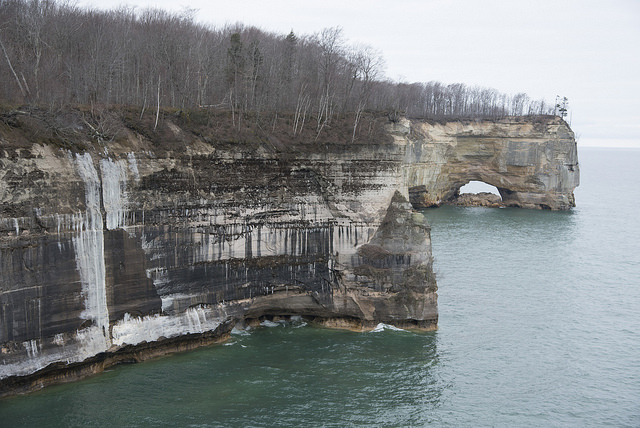 Our friend and Michigan Ice Film producer Aaron Peterson, was scouting out the ice yesterday and sent us these shots from the field.  The photo above is of the Munising mega classic HMR.  For the climbers who put the effort in to access HMR WI5 6oM, they will be rewarded with a challenging,  beautiful climb.  Located in the most remote portion of the park, this climb sees  little or no action throughout the season.  For the committed, this is the ultimate climb in Pictured Rocks National Lakeshore.

Even with recent warm temperatures, the big ice formations are starting to appear. This coming week we have below freezing temps predicted so start to sharpen those tools and stay tuned for next weeks report!

While the evening temperatures have been very cold the last week and ice is starting to form, it will be a few weeks before anything will be climbable in Munising.  Long time Ice Fest guide Bryan DeAugustine found thin conditions on the Scratch Wall this weekend.  Unlike Munising, the Scratch Wall is a nice dry tool practice area and traditionally the first crag to freeze up.

Meanwhile, over in Munising this morning we have bad news, good news to report.  The bad news is there is nothing formed yet, but the recent cold temps have icicles beginning to appear and the cone is beginning to form.   The other noticeable take a way thing morning was the volume of water that is in the streams and seeping out of the rock.  Very good news as this will eventually lead to bigger climbs along the Lakeshore.  Cross your fingers for continued cold temps and look for an update early next week!